Cause for Hope: Secondary Tropical Forests Quickly Put on Weight 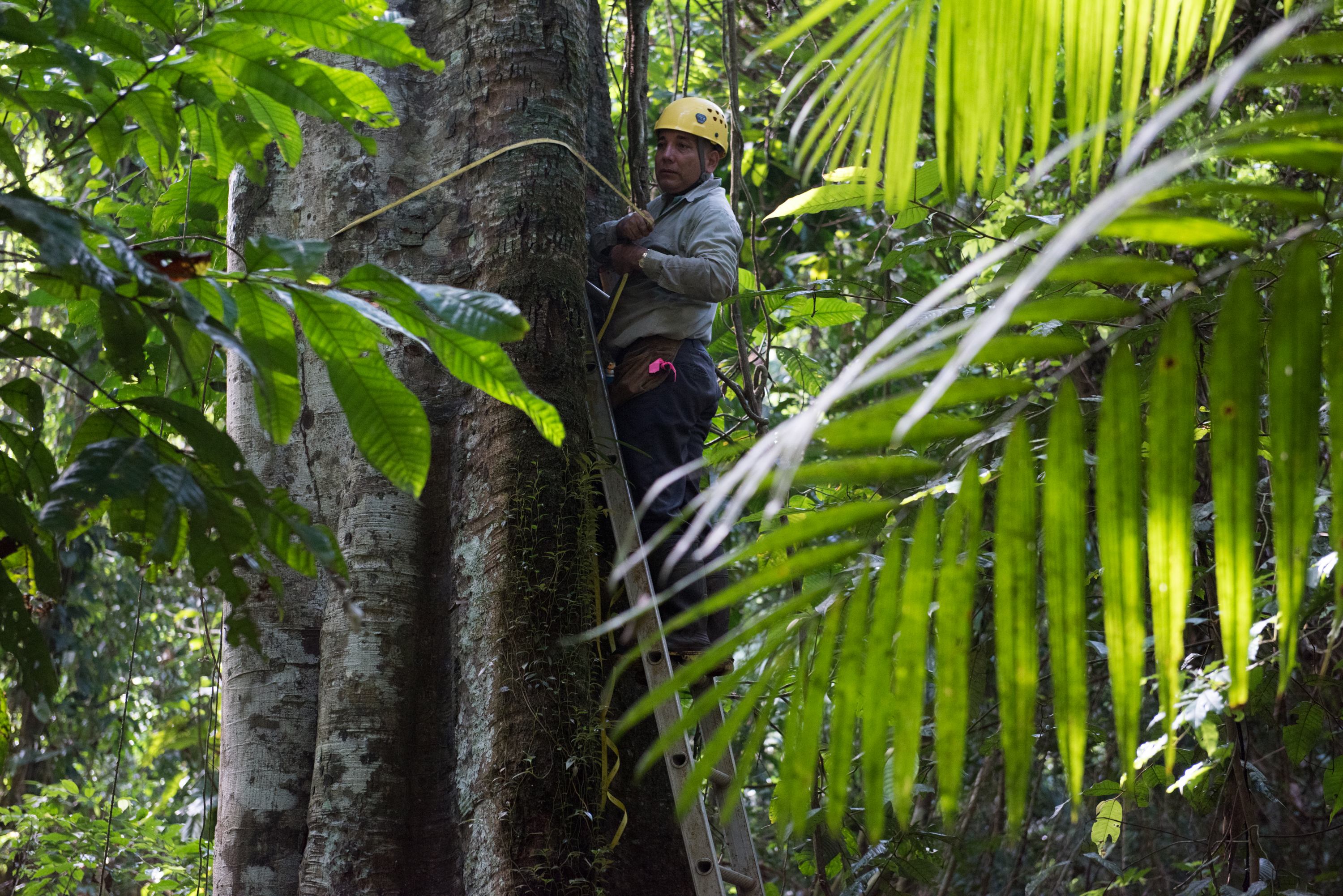 How fast tropical forests recover after deforestation has major consequences for climate change mitigation. A team including Smithsonian scientists discovered that some secondary tropical forests recover biomass quickly: half of the forests in the study attained 90 percent of old-growth forest levels in 66 years or less. Conservation planners can use their resulting biomass-recovery map for Latin America to prioritize conservation efforts.

“Regenerating secondary forests could play a critical role in carbon sequestration and climate change mitigation” said Daisy Dent, a research associate at the Smithsonian Tropical Research Institute (STRI) in Panama and a lecturer at the University of Stirling. “However, previous studies have tended to focus on single sites. This study brings together data from many sites that span the Neotropics. We illustrate that secondary forests are highly productive and resilient.”

Less than half of the world’s tropical forests are primary or old-growth forests; the rest are growing back after logging or other disturbances. The new study focused on secondary forests growing back on land almost completely deforested for agriculture. Although such forests are known to accumulate carbon rapidly, how quickly they recover and restore the ecosystem services provided by old-growth forest was uncertain because of inconsistencies in the methods used in previous studies.

This study was unprecedented in scope: 45 sites in eight countries, 1,478 study plots and more than 168,000 trees. Sites covered the full latitudinal range of the tropics, from 20 degrees north in Mexico to 22 degrees south in Brazil, and extended across areas of high-to-low rainfall and low-to-high soil fertility. The extent of forest cover in the surrounding landscape (indicating the availability of tree seeds for regeneration) and the intensity of prior land use was also considered.

After 20 years of recovery, the average biomass in these regenerating forests was calculated to be equivalent to a carbon uptake rate 11 times that of Amazonian old-growth forests, and more than twice that of selectively logged Amazonian forests in which reduced-impact logging techniques had been used. However, biomass accumulation rates differed widely across sites. Sites with higher rainfall had higher absolute rates of biomass accumulation. Soil fertility, local forest cover and prior land-use were not found to have an effect. However, higher soil fertility did improve the relative rate of biomass accumulation compared to old-growth forests in the same area.

The authors produced a map of the potential for biomass recovery and carbon sequestration across the New World tropics. Areas such as the dry forests of Mexico and northeastern Brazil had low recovery rates, whereas the moister forests of Central America and large parts of Amazonia had high recovery rates. In moist forest areas, where potential for biomass accumulation is highest, restoration and reforestation may be the optimal land-use activities. Where the capacity of forest recovery is lower, such as seasonally dry forest, a higher emphasis should be placed on protection of existing forest to minimize forest loss.

“Collaborations like the one illustrated here by the 2ndFor Network, in which site-based monitoring and manipulations allow us to test mechanistic hypotheses related to forest development, and large-scale analysis across sites allow for robust synthesis, are critically important in the era of global change,” said Jefferson Hall, STRI staff scientist and director of the Agua Salud Project in the Panama Canal Watershed.

The Smithsonian Tropical Research Institute, headquartered in Panama City, Panama, is a part of the Smithsonian Institution. The Institute furthers the understanding of tropical nature and its importance to human welfare, trains students to conduct research in the tropics and promotes conservation by increasing public awareness of the beauty and importance of tropical ecosystems. Website: www.stri.si.edu. Promo video: https://www.youtube.com/watch?v=M9JDSIwBegk.