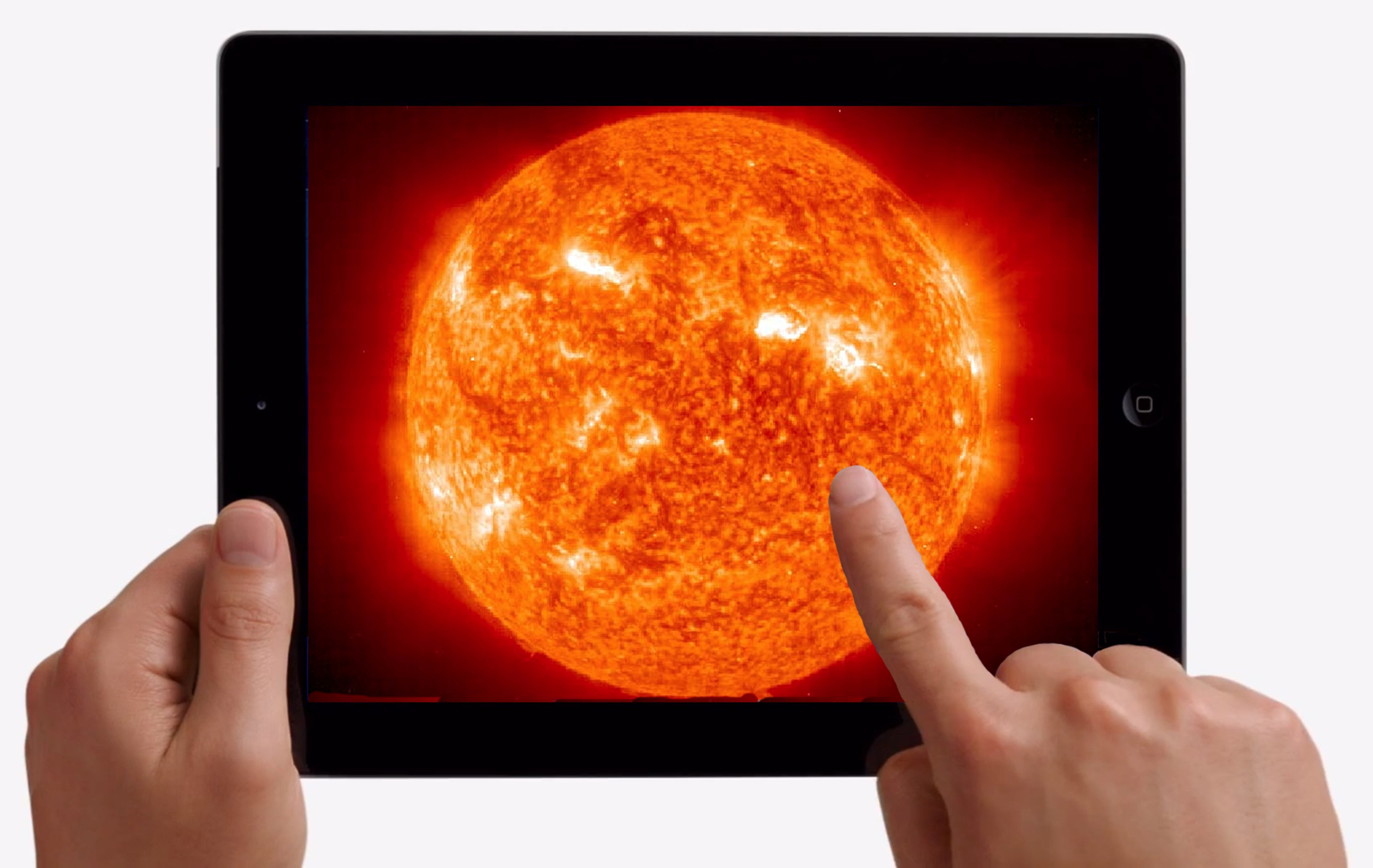 The scale of the universe can be difficult to comprehend. Pretend you are going to make a scale model with a basketball representing the Earth and a tennis ball as the Moon. How far would you hold the tennis ball “Moon” from the basketball “Earth”? Most people would hold them at arm’s length from each other, but the answer may surprise you: at that scale the balls would need to be held almost 30 feet apart.

A new study by Smithsonian researchers at the Harvard-Smithsonian Center for Astrophysics shows that students grasp the unimaginable emptiness of space more effectively when they use iPads to explore 3-D simulations of the universe, compared to traditional classroom instruction.

This study comes at a time when educators are increasingly questioning whether devices such as iPads should play a greater role in education. It suggests that iPads (and other tablets) can improve student understanding of challenging scientific concepts like astronomical scale.

Schneps and his colleagues looked at gains in learning among 152 high-school students who used iPads to explore simulated space, and compared them to 1,184 students who used more traditional instructional approaches. The researchers focused on questions dominated by strong misconceptions that were especially difficult to correct via teaching. Many questions examined students’ understanding of the scale of space.

They found that while the traditional approaches produced no evident gain in understanding, the iPad classrooms showed strong gains. Students similarly struggle with concepts of scale when learning ideas in biology, chemistry, physics, and geology, which suggests that iPad-based simulations also may be beneficial for teaching concepts in many other scientific fields beyond astronomy.

Moreover, student understanding improved with as little as 20 minutes of iPad use. Guided instruction could produce even more dramatic and rapid gains in student comprehension.

“While it may seem obvious that hands-on use of computer simulations that accurately portray scale would lead to better understanding,” says Philip Sadler, a co-author of the study, “we don’t generally teach that way.” All too often, instruction makes use of models and drawings that distort the scale of the universe, “and this leads to misconceptions.”

Participants in the iPad study came from Bedford High School, in Bedford, Mass., one of a number of school systems around the country that made the decision to equip all students with iPad devices. “Since we began using iPads, we have seen substantial gains in learning, especially in subjects like math and science,” says Henry Turner, Principal.

“What is perhaps most remarkable is that we saw significant learning gains among students who used the simulations, in situations where little to no gains were observed in the traditional classrooms,” says Mary Dussault, a member of the research team. This study thereby provides experimental evidence supporting national trends promoting the use of new technologies in the classroom.

The study is published in the January 2014 issue of Computers and Education.

The research was spearheaded by the Laboratory for Visual Learning (lvl.si.edu) a member of the Science Education Department at the Harvard-Smithsonian Center for Astrophysics, as part of its mission to strengthen science, technology, engineering, and mathematics (STEM) education in the United States.

Note: Original news release and high-resolution photo can be found at http://www.cfa.harvard.edu/news/2013-29