Both Cheetah Cubs at the National Zoo Appear Healthy and Strong 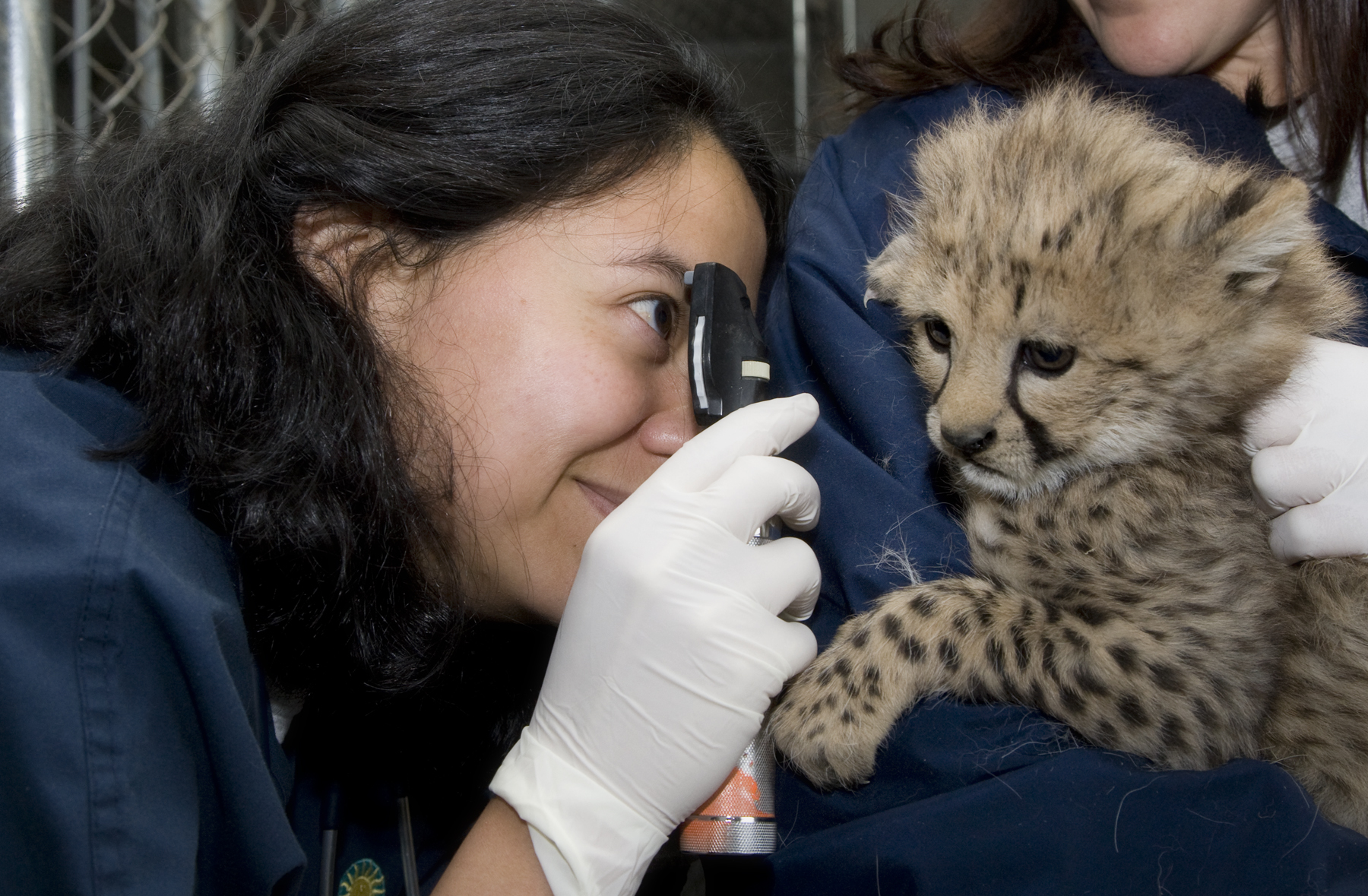 The two cheetah cubs born at the Smithsonian Conservation Biology Institute in December received their first vaccinations yesterday. At about 8 weeks and 6 weeks old, both cubs appear to be healthy, Zoo veterinarians said after completing the cubs’ health exam.

“We were encouraged by the exam,” said Dr. Margarita Woc-Colburn, associate veterinarian at the Zoo. “Both cubs were given a clean bill of health and were great patients. We are hopeful that under our care they will continue to remain healthy as they get older.”

The veterinary team gave the cubs a full physical examination and checked to make sure that neither is afflicted by abnormalities or infectious diseases. The cubs were also given vaccines to protect against respiratory and gastrointestinal viruses, which commonly affect cheetahs.

The cubs were born to two separate females; the first, a male, to 5-year-old Amani was born Dec. 6; the second, a female, to 9-year-old Zazi Dec. 16. Cheetahs that give birth to only one cub, called a singleton, cannot produce enough milk to keep the cub alive, so scientists at SCBI tried an innovative technique called cross-fostering. The cub born to Amani, a first-time mother, was hand-raised for 13 days before being placed with Zazi, creating a litter of two that helped stimulate milk production from Zazi. Only four institutions in North America have ever successfully cross-fostered cheetah cubs and this is a first for SCBI.

“Zazi has been absolutely wonderful with the cubs and is a very good mother,” said Adrienne Crosier, SCBI cheetah biologist. “She treats them both equally and is very devoted and protective. She is very tolerant and patient with them.”

The cubs were the first cheetahs born at the Smithsonian’s National Zoo’s facility in Front Royal, Va., making their birth significant in more ways than one. Their birth was especially important to the Association of Zoos and Aquariums’ Species Survival Plan, which matches individual animals across the country for breeding in order to maintain a healthy, genetically diverse and self-sustaining population.

The animal care staff will continue to monitor the two cubs closely in the coming weeks and months. The cubs’ next exam will be in three weeks.

To download high resolution photos of the cubs, visit the National Zoo’s Flickr page. To follow the Zoo’s care of the cubs, read the updates from the Zoo’s cheetah keepers and check for news on the Zoo’s Twitter feed and Facebook page.