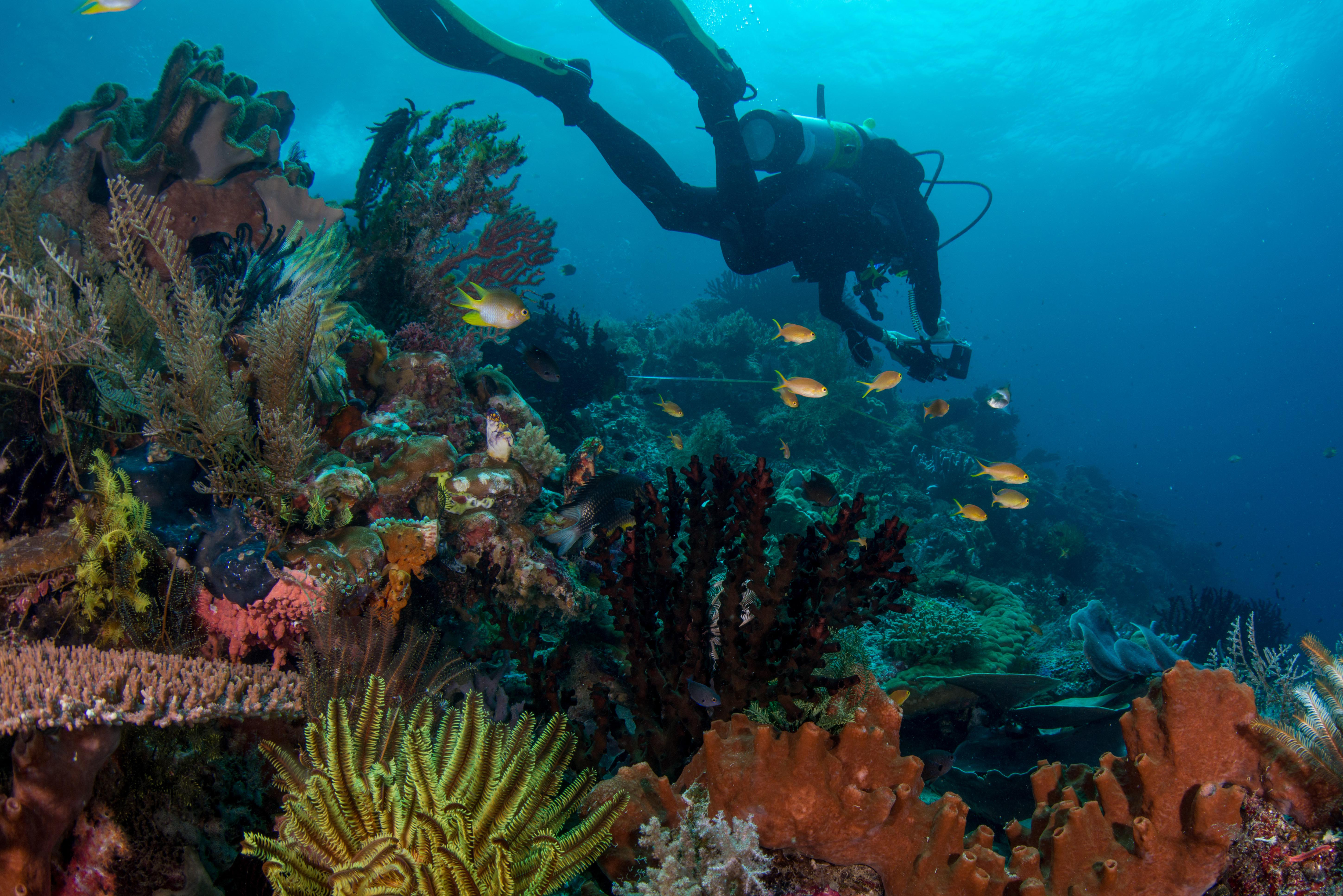 Fish provide protein to billions of people and are an especially critical food source in the developing world. Today marine biologists confirmed a key factor that could help them thrive through the coming decades: biodiversity. Communities with more fish species are more productive and more resilient to rising temperatures and temperature swings, according to a new study from the Smithsonian’s Tennenbaum Marine Observatories Network and other international institutions.

The accelerating loss and rearrangement of species all over the globe have troubled scientists and the public for decades. But the question of whether biodiversity offers practical value—for humans and ecosystems—remained controversial. The new study, published May 16 in the Proceedings of the National Academy of Sciences, offers the most thorough proof yet that preserving marine biodiversity can benefit people as much as it benefits the oceans.

“Biodiversity is more than a pretty face,” said lead author Emmett Duffy, director of the Tennenbaum Marine Observatories Network and senior scientist at the Smithsonian Environmental Research Center. “Preserving biodiversity is not just an aesthetic or spiritual issue—it’s critical to the healthy functioning of ecosystems and the important services they provide to humans, like seafood.”

The discovery came out of the Reef Life Survey, a comprehensive program that has conducted surveys of more than 3,000 fish species in 44 countries around the world. Many of the surveyors were volunteer citizen scientists, about a third of whom had no scientific background. Volunteer divers from 11 countries received training from the program’s lead scientists at the University of Tasmania to collect data using standardized methods.

“This study is based on more than 4,000 underwater surveys,” said co-author Rick Stuart-Smith of the University of Tasmania. “It was only possible with the enthusiastic contributions of highly trained volunteer divers in the Reef Life Survey program, which allowed us to achieve this comprehensive coverage of the world’s reefs, from tropical to polar waters.”

Armed with the most comprehensive global dataset on marine biodiversity involving standardized counts, the researchers tracked how 11 different environmental factors influenced total fish biomass on coral and rocky reefs around the world. Surprisingly, one of the strongest influences was biodiversity: The number of species (species richness) and the variety in how they use their environment (functional diversity) enhanced fish biomass. The boost in fish resources provided by biodiversity was second only to that of warm temperatures.

“This work is a critical step forward in linking insights from experiments in buckets and garden plots to the larger world,” said co-author Jonathan Lefcheck of the Virginia Institute of Marine Science, referring to earlier biodiversity experiments done with plants and small animals in gardens or greenhouses. “It shows that experimental ecologists have in fact been on the right track for 20 years, and that biodiversity is paramount to how natural systems work.”

“Preserving local biodiversity is not only an ethical directive with aesthetical and genetic insurance value,” said co-author Sergio Navarrete of the Pontifical Catholic University of Chile. “It is an imperative for human life because of the critical role it plays in providing an essential ecosystem function.”

For images, an advance copy of the paper or to speak to the authors, contact Kristen Minogue at 443-482-2325 or minoguek@si.edu.