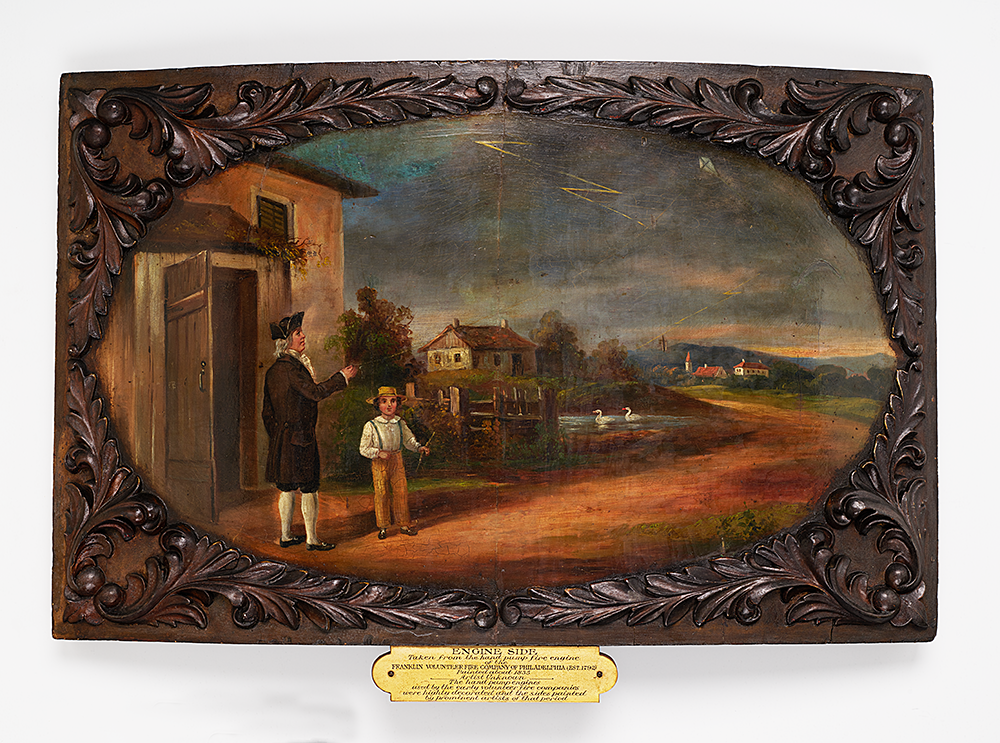 The Smithsonian’s National Museum of American History will open “The Electric Dr. Franklin” Nov. 20, a visually striking showcase display exploring the founding father’s pioneering electrical work and featuring objects revealing the electrical science of Benjamin Franklin’s era as well as later devices influenced by his work. The display will allow visitors to understand Franklin’s contributions to electrical science and how his research led to modern inventions, including the smartphone.

“Surprise! Benjamin Franklin was a scientist in the days before the term was even invented, and did you know that his legacy makes your smartphone work?” asked Hal Wallace, the museum’s curator of electricity. “With this exhibit geared toward teen audiences, we wanted to make a connection to history and show how what happened a couple of hundred years ago is still relevant today. After all, he did more than just fly a kite in a storm.”

The display is divided into three sections: European experimentation and discoveries that Franklin would build on; an object Franklin used for his work along with additional tools representative of the equipment available to him; and modern inventions. Objects on view include a glass rod and fur pad which, when rubbed together, create a static shock; a 1750 European friction machine with a hand crank used to generate static electricity; a cranked static electricity generator designed but never used by Franklin; and one of the Leyden jars he used in his experiments. Among the modern technology influenced by Franklin’s work are a deconstructed smartphone, a radio capacitator and a broadcast microphone.

The single Leyden jar, dating from around 1749 and on loan from the Massachusetts Charitable Mechanic Association, is one of the treasures on view. With this jar and others like it, Franklin found that “positive” charges resided on one side and “negative” charges on the other side of the jar. Franklin discovered that by linking multiple jars together he could increase the amount of charge they could store. He called this new assembly of Leyden jars a “battery,” and he is credited as being the first to use the term in relation to electricity. Such a “battery” is included in the exhibition to illustrate Franklin’s discovery, however the object on view dates from approximately 1880 and was not used by him. This early experimentation has influenced hundreds of other electrical inventors and had a large impact on many of the modern technologies, all the way to today’s smartphones.

Franklin (January 1706–April 1790) was an American writer, scientist, inventor, statesman, diplomat, printer, publisher and political philosopher. Among the leading intellectuals of his time, he was one of the principal figures in the American Enlightenment and one of the Founding Fathers of the United States as signatory to the U.S. Declaration of Independence. From 1746 to 1752, he conducted experiments that changed peoples’ understanding of electricity, and in 1762 he received an honorary doctorate from the University of Oxford.

This showcase also points out that Franklin’s ability to focus on invention and science stemmed in part from wealth he gained through advertisements he published related to the sale of enslaved people, and that he owned enslaved people. Though Franklin advocated for the abolition of slavery, he never freed any of these people during his lifetime. Historians still have much to learn about the involvement of enslaved people in Franklin’s experiments.

Visitors will be able to directly engage with Franklin’s work and explore this history in depth through the provided QR code linking to digital content and a companion website. The display also provides smartphone-charging stations.

One of the museum’s rare holdings is Franklin’s three-piece silk suit worn on his diplomatic trip to France in 1778 that resulted in the signing of the Treaty of Alliance, a defensive alliance between the United States and France against Great Britain during the American Revolution. The suit is not currently on display because of its fragility.

Through incomparable collections, rigorous research and dynamic public outreach, the National Museum of American History seeks to empower people to create a more just and compassionate future by examining, preserving and sharing the complexity of our past. The museum, located on Constitution Avenue N.W., between 12th and 14th streets, is open Friday through Tuesday between 10 a.m. and 5:30 p.m. Admission is free. The doors of the museum are always open online with expanded offerings, including online exhibitions, educational materials and programs. The public can follow the museum on social media on Twitter, Instagram and Facebook. For more information, go to https://americanhistory.si.edu. For Smithsonian information, the public may call (202) 633-1000.