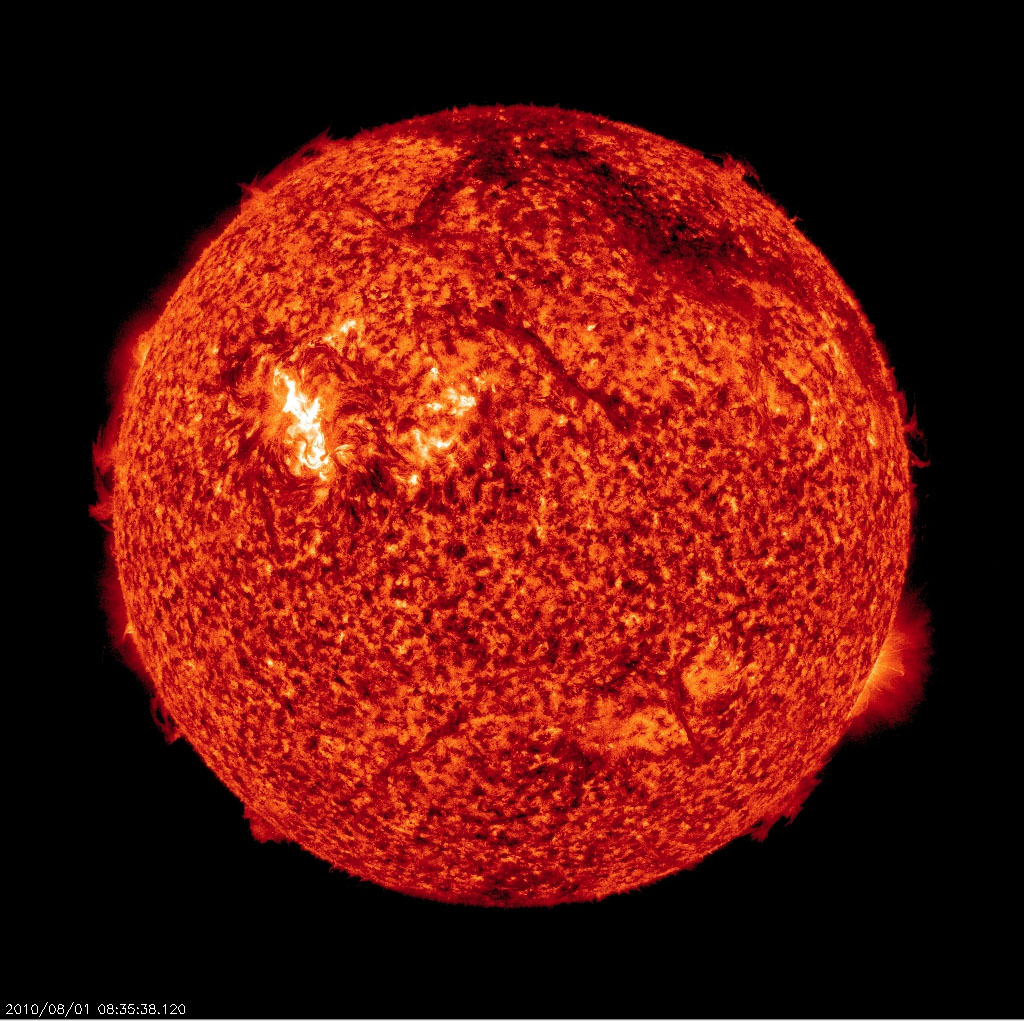 Sky viewers might get to enjoy some spectacular Northern Lights, or aurorae, tomorrow. After a long slumber, the Sun is waking up. Early Sunday morning, the Sun's surface erupted and blasted tons of plasma (ionized atoms) into interplanetary space. That plasma is headed our way, and when it arrives, it could create a spectacular light show.

"This eruption is directed right at us, and is expected to get here early in the day on August 4th," said astronomer Leon Golub of the Harvard-Smithsonian Center for Astrophysics (CfA). "It's the first major Earth-directed eruption in quite some time."

The eruption, called a coronal mass ejection, was caught on camera by NASA's Solar Dynamics Observatory (SDO) - a spacecraft that launched in February. SDO provides better-than-HD quality views of the Sun at a variety of wavelengths.

"We got a beautiful view of this eruption," said Golub. "And there might be more beautiful views to come, if it triggers aurorae."

When a coronal mass ejection reaches Earth, it interacts with our planet's magnetic field, potentially creating a geomagnetic storm. Solar particles stream down the field lines toward Earth's poles. Those particles collide with atoms of nitrogen and oxygen in the atmosphere, which then glow like miniature neon signs.

Aurorae normally are visible only at high latitudes. However, during a geomagnetic storm aurorae can light up the sky at lower latitudes. Sky watchers in the northern U.S. and other countries should look toward the north on the evening of August 3rd/4th for rippling "curtains" of green and red light.

The Sun goes through a regular activity cycle about 11 years long on average. The last solar maximum occurred in 2001. Its latest minimum was particularly weak and long lasting. This eruption is one of the first signs that the Sun is waking up and heading toward another maximum.

http://www.spaceweather.com/
http://www.nasa.gov/mission_pages/sdo/main/index.html
Headquartered in Cambridge, Mass., the Harvard-Smithsonian Center for Astrophysics (CfA) is a joint collaboration between the Smithsonian Astrophysical Observatory and the Harvard College Observatory. CfA scientists, organized into six research divisions, study the origin, evolution and ultimate fate of the universe.