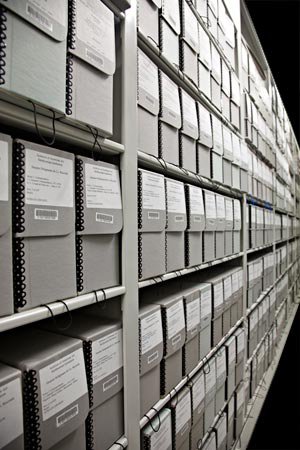 The Smithsonian’s Archives of American Art is pleased to announce the completion of a major project funded in 2007 by the Brown Foundation Inc. to fully arrange, preserve and describe the Carnegie Institute, Museum of Art Exhibition Records (264 linear feet). One of the Archives’ most significant collections is now fully accessible to researchers and includes a detailed online finding aid.

As part of this effort, portions of the collection were also digitized. Researchers now have online access to nearly 147,000 digital images, including the correspondence of the museum’s first two directors John Beatty (1896-1921) and Homer Saint-Gaudens (1922-1950) and the voluminous records of the Pittsburgh International Exhibitions of Contemporary Painting from 1895 to 1940 (now known as The Carnegie International). The Archives’ transformative Digitization Initiative funded by the Terra Foundation for American Art supported the digitization of the records.

This collection is a complete record of the museum’s work, starting with the planning of the first loan exhibition in 1885 and ending with the cancellation of The Carnegie International at the start of World War II in 1940. The museum’s day-to-day relationships with all aspects of the contemporary art world are documented within the historical context of artists’ reactions to World War I; the economic repercussions of the Great Depression on art sales and museum budgets; the ramifications of fascism on German, Italian and European art; the impact of civil war on Spanish art; and the tensions introduced by the rise of “radical” modernist art in Europe.