New Display Highlights the Famous, the Familiar and the Unexpected
April 12, 2012
News Release 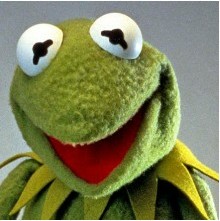 The Smithsonian’s National Museum of American History will open a signature exhibition, “American Stories,” April 12 that takes visitors on a journey through time by telling both well- and little-known stories about the American experience.

The exhibition is designed to serve as an introductory experience to American history and as a dedicated space to feature new acquisitions that illustrate the breadth of the American experience. Recent acquisitions on view include a Revolution-era sampler made by a 13-year-old girl, a creeping (crawling) baby doll (1870s) and a typewriter used by poet Lawrence Ferlinghetti (about 1960).

“This exhibition tells us many of the stories we share as individuals, communities and as a nation,” said Marc Pachter, interim director of the museum. “Objects are witnesses to the past that lead you to stories that shape our American experience. This visually vibrant exhibition aims to delight as well as inform.”

All of the objects are from the museum’s vast collections except for two loans. Franklin’s three-piece plain-silk suit, worn at the Treaty of Alliance signing in 1778, will be on display only through May 7 and belongs to the Massachusetts Historical Association. The leather jacket Bob Dylan wore during his epic 1965 performance at the Newport Folk Festival is on loan from an anonymous collector.

This is the first general subject exhibition for which the museum has translated all the labels into Spanish. “American Stories” also features a bilingual website. The Spanish guide is available by request at the museum information desks, accessible via smart phone through a QR code at the exhibition entrance and online as a PDF at americanhistory.si.edu/historiasamericanas.

“‘American Stories’ highlights the ways in which objects and stories can reinforce and challenge our understanding of American history and help define our personal and national identities,” said Bill Yeingst, project director and chair of the Home and Community Life division. Exhibition Curator Bonnie Campbell Lilienfeld added that the exhibition examines the manner in which culture, politics, economics, science and technology have shaped life in the U.S. and how the peopling of America has contributed to the rich distinctiveness of a country influenced by diverse cultural communities.

The exhibition examines this premise in five main sections, and each cluster is modeled on the historical eras defined in the National Standards for History:

In conjunction with the exhibition, the Smithsonian is releasing, for the first time, an app that uses mobile technology and crowdsourcing to make the exhibit experience more accessible to visitors with disabilities. The first phase of the Access American Stories app contains recordings by staff and museum visitors that describe all the objects in the show. Questions prompt contributors to describe objects in effective and engaging ways within a brief recording time. A second phase will include video recording allowing deaf visitors to use sign language to interpret, respond to and comment on the objects. Available in English and Spanish and on Android and iPhone platforms, the app can be downloaded at www.si.edu/apps/accessamericanstories.

The companion website americanhistory.si.edu/stories features the objects and stories from the exhibition. The museum also is inviting visitors, in person and online, to suggest objects for future collection that would reflect their history and place in America. Suggestions may be submitted online at americanhistory.si.edu/nominateanobject or at a “posting” station within the exhibit.

The museum is opening this gallery in anticipation of the upcoming renovation to its West Exhibition Wing. The renovation will cover 120,000 square feet with new galleries on the themes of American business, democracy and culture; an education center focused on objects and hands-on experiences; new spaces for the Lemelson Center for the Study of Invention and Innovation, including its hands-on invention space, Spark!Lab; public plazas for programs; the addition of a first-floor window wall with views to the Washington Monument; and a Hall of Music for live performances. The closing of exhibitions in the West Exhibition Wing is being phased and construction should start in fall 2012.