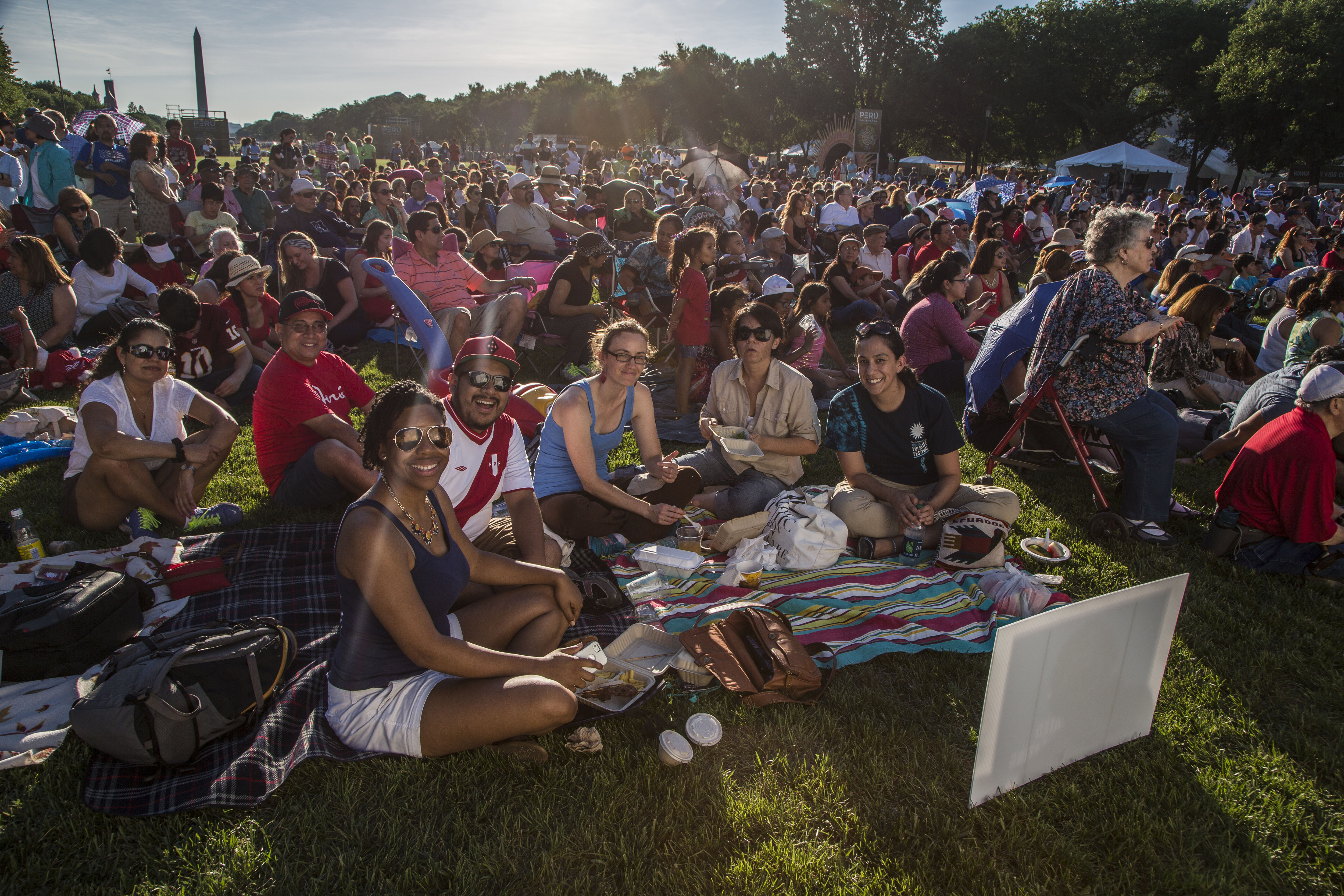 The 53rd annual Smithsonian Folklife Festival will present two days of workshops and performances Saturday and Sunday, June 29–30,  highlighting the social power of music. The weekend festival event celebrates Washington, D.C.’s unique music heritage, contemporary troubadours and wordsmiths, and the legacy of Pete Seeger. Programming closes with a sonic history of hip-hop for families. This year’s Festival is a highlight of the Smithsonian Year of Music.

The event will take place on the National Mall. Jefferson Drive will be closed to traffic between Seventh and 12th streets to accommodate the program. Outdoor concerts will be held on the Mall near the Smithsonian Metro station and workshops on the plaza in front of the Smithsonian’s Freer Gallery of Art. There will be food and beverages available for purchase, but unlike previous years, there will be no Festival Marketplace. The Festival strives to maintain an accessible and inclusive environment for visitors of all abilities. Information about Accessibility Services can be found at: festival.si.edu/accessibility.

At 6 p.m. on the Festival main stage, “The Fierce Urgency of Now: Urban Troubadours, Poets, and Wordsmiths” will kick off. This concert will feature a set by Grammy Award-winning musician and “artivist" Quetzal Flores with special guests Alice Bag and La Marisoul from La Santa Cecelia. Grammy-Award nominated artist, educator and local favorite Kokayi will also perform. The night opens with producer and spoken-word artist Ruby Ibarra.

On Sunday, June 30, the Festival offers a special day of music for families. From 10:30 a.m. to 4:30 p.m., the Freer’s plaza will come alive with the sounds of the community. Featured activities include a “meet-the-instruments” tent, community sing and special music-themed workshops from the Freer and Sackler galleries.

On the Festival main stage from 10:30 a.m. to 2:30 p.m., Smithsonian Folkways will present a Family Concert Honoring the Legacy of Pete Seeger. An exciting group of musicians will perform songs made popular by Seeger to mark his 100th birthday and the release of the box set Pete Seeger: The Smithsonian Folkways Collection. Artists include The Bright Siders (a new group fronted by Americana artist Kristin Andreassen), Mexican American singer-songwriter Sonia De Los Santos, Dan and Claudia Zanes, and popular children’s music singer Elizabeth Mitchell with her group You Are My Flower. At 4:30 p.m., hip-hop pioneer Grandmaster Flash offers a sonic tour of the genre’s history. More information about these programs is available at festival.si.edu.

In the past, Folklife Festivals were held during two five-day periods beginning in late June.

Although planning was underway last year, several key scheduling delays made it impossible to stage a full 10-day Festival.

“Changing this year’s scope and scale enabled us to respond to a shortened production window and to continue our long-standing tradition of cultural exchange, exploration and engagement on the National Mall,” said Sabrina Lynn Motley, director of the Folklife Festival. “The theme of this year’s Festival is the social power of music. Performances and activities will explore music’s capacity to promote understanding, transcend differences and encourage social cohesion.”

The Folklife Festival will resume its traditional 10-day format in 2020. Next year’s Festival plans to explore how people use cultural knowledge to adapt to environmental change, with programs on the cultures of Brazil, Benin, the United Arab Emirates, the Baltic countries and Louisiana. Presentation partners also include the Smithsonian Conservations Commons and the U.S. Department of Energy Solar Decathlon.

About the Smithsonian Folklife Festival

The Smithsonian Folklife Festival, inaugurated in 1967, honors contemporary living cultural traditions and celebrates those who practice and sustain them. Produced annually by the Smithsonian’s Center for Folklife and Cultural Heritage in partnership with the National Park Service, the Festival has featured participants from all 50 states and more than 100 countries. Follow the Festival on Facebook, Twitter, Instagram and YouTube.

About the Smithsonian Year of Music

The 2019 Folklife Festival is part of the Smithsonian Year of Music, an Institution-wide initiative celebrating the Smithsonian’s vast musical collections and resources through 365 days of music-related programming and events. When combined, the Smithsonian’s musical holdings, activities and events make it the largest music museum in the world. The Year of Music spotlights and shares these musical resources with the public at events and in museums, as well as online. More information and a full schedule of events can be found at music.si.edu.