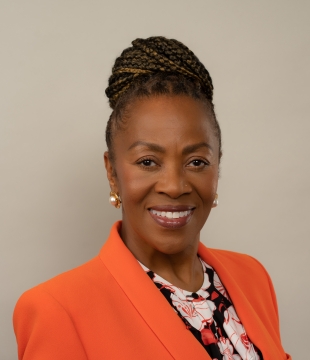 Shiba Freeman Haley is the Associate Director of Advancement for Strategic Initiatives at the Smithsonian’s Office of Advancement. She began this new position in May 2022 and is a member of the executive team reporting to the Assistant Secretary for Advancement. Haley is a front-line fundraiser, tasked with the identification, cultivation and stewardship of new and existing donors for all Smithsonian museums and research centers. She is the lead for Founding Partner, Bank of America, and the Our Shared Future: Reckoning with Our Racial Past initiative.

Haley also provides high-level support to initiative leadership and staff for center-led programming and develops and executes donor programs that align with the initiative’s mission and goals.

A seven-year Smithsonian employee, Haley joined the advancement team at the Smithsonian’s National Museum of African American History and Culture (NMAAHC) in September 2015 as the senior sponsorship manager, just one year prior to the museum’s September 2016 public opening. Haley secured $10 million dollars within her first year to support the grand opening activities.

During her tenure at the museum, she raised funds for special exhibitions and programs, developed sponsorship packages, and worked on strategies and projects that enhanced sponsor participation. Her forte is using her event production, artist relations and fundraising skills to create customized sponsorship opportunities for potential sponsors.

Haley consulted as the corporate relations manager for the NAACP, working directly with the vice president of development to reorganize the department and galvanize sponsorship goals.

Haley graduated from Howard University with a Bachelor of Arts in journalism and began her career with nationally recognized concert promotion company Dimensions Entertainment in Washington, D.C. For 10 years, she managed the company’s advertising agency and production department while accompanying various artists on tour as the promoter’s representative.

Haley established her own special events and marketing company, Mahogany Entertainment, Inc., in 1988. At its inception, Mahogany offered event development and production and management services for corporations, nonprofits and artists.

She received her master’s degree in marketing from the University of Maryland University College Global Campus in 2010. She resides in Prince George's County, Maryland, with her husband.