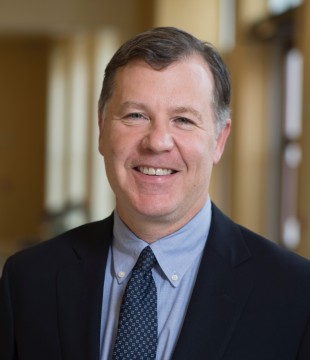 Robert J. Spiller has a long and varied career in philanthropy. He was named the Smithsonian’s Assistant Secretary for Advancement in March 2018 to oversee the Office of Advancement, which is responsible for raising private support for the Institution. Spiller works with Smithsonian leadership and an advancement team of 225 members from 19 museums, nine research centers and the National Zoo to secure more than $200 million each year.

Spiller is leading the planning for an Institution-wide capital campaign under the leadership of Secretary Lonnie G. Bunch III, building on the successful Smithsonian Campaign, the largest ever for a cultural institution. That campaign ended in 2018 and raised $1.8 billion.

Before coming to the Smithsonian, Spiller was the associate vice president for development and alumni relations at Johns Hopkins University, where he was a member of the senior management team. His portfolio included the Schools of Engineering and Arts and Sciences, corporate relations and international development. He also was instrumental in the design and execution of the Johns Hopkins’ “Rising to the Challenge” capital campaign, which raised more than $6 billion.

Spiller held many other leadership positions during nearly two decades at Johns Hopkins. He managed gift planning, foundation relations, human resources and talent management. He was the associate dean for development and alumni relations for the School of Engineering and director of regional and international programs, raising gifts in the United States and abroad for the university and School of Medicine.