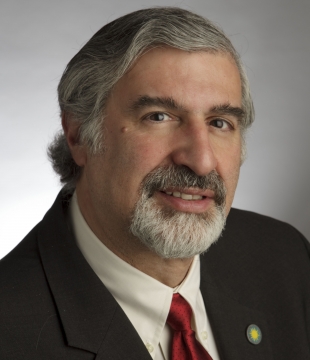 Dr. Richard Kurin is the Smithsonian Distinguished Scholar and Ambassador-at-Large, the first person so designated in the 171-year history of the Institution. As a member of the Smithsonian’s senior leadership team, Kurin focuses on strategic direction, institutional partnerships, public representation, philanthropic support and special initiatives.

Prior to his current role, Kurin served as Acting Provost and Under Secretary for Museums and Research from 2015, and from 2007, as Under Secretary for History, Art, and Culture. During the preceding two decades, he directed the Smithsonian Center for Folklife and Cultural Heritage with its annual Folklife Festival on the National Mall and the Grammy-winning Smithsonian Folkways Recordings, working with major cultural figures and grassroots artists from across the U.S. and around the world. He also produced major national celebration events associated with the opening of museums and monuments, presidential inaugurals and the Atlanta Olympics.

Kurin served on the U.S. National Commission for UNESCO and helped draft an international treaty, now ratified by 170 nations, to safeguard living cultural heritage. He led efforts to save heritage in Haiti after the 2010 earthquake and has overseen projects for saving heritage endangered by natural disaster in Nepal and the U.S., and by human conflict in Mali, Egypt, Iraq and Syria. Kurin serves as Smithsonian liaison to the U.S. President’s Committee for the Arts and the Humanities and the White House Historical Association, and is a member of the U.S. Department of State Cultural Heritage Coordinating Committee.

An anthropologist with a doctorate from the University of Chicago, Kurin specialized in the study of South Asia, conducting years of fieldwork in India and Pakistan. He has held Fulbright and Social Science Research Council fellowships, taught at the Johns Hopkins University School of Advanced International Studies, and authored six books, including Reflections of a Culture Broker: A View from the Smithsonian, Hope Diamond: The Legendary History of a Cursed Gem and the best-selling Smithsonian’s History of America 101 Objects. He has been honored by Harvard University’s Peabody Museum, the International Council of Museums, the American Anthropological Association, the American Folklore Society and the Cosmos Club. He is an elected fellow of the American Academy of the Arts and Sciences.