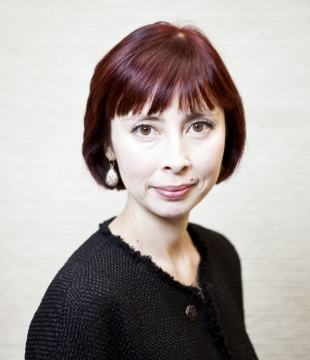 Credit: Ashley Gilbertson
Under Secretary for Museums and Culture

Melissa Chiu (pronounced CHEW) is the director of the Smithsonian’s Hirshhorn Museum and Sculpture Garden, the national museum of modern and contemporary art. Since her appointment in 2014, she has advocated for contemporary art through the museum’s exhibitions, acquisitions and public programs. She oversees a collection of nearly 12,000 objects that represent pieces by leading artists from the late 19th century to the present day, including paintings, sculpture, mixed‑media pieces, photography, works on paper, performance, video and film.

While maintaining the Hirshhorn’s focus on 20th- and 21st-century art, the museum has presented landmark exhibitions of work by some of the most important contemporary artists, notably Shirin Neshat, Robert Irwin, Ai Weiwei, Yayoi Kusama and Charline von Heyl. Under Chiu’s leadership, the Hirshhorn has also commissioned site-specific artworks that connect with the museum’s unique architecture, such as a piece by Linn Meyers and an installation by Mark Bradford. Chiu has expanded the museum’s substantial holdings of European and American postwar art to include examples of global modernism. Works by Park Seo-bo, Jimmie Durham, Monir Farmanfarmaian, Natsuyuki Nakanishi and Senga Nengudi have been added to the collection.

Within the first year of Chiu’s tenure, she doubled the number of board members. The board now includes representatives from across the country, and, for the first time, international members. Under her leadership, the Hirshhorn welcomed over 1 million visitors in 2017—a major milestone marking its highest annual attendance in nearly 30 years and doubling its visitation from three years prior. In addition, she secured two multimillion dollar gifts to the Hirshhorn—the largest gifts in the museum’s history. Chiu’s current organizational focus is transforming the Hirshhorn into a 21st-century institution through establishing the Future Fund to support a number of new technology initiatives such as the award-winning mobile video guide, Hirshhorn Eye (Hi).

A native of Australia, Chiu earned her bachelor’s degree in 1992 at the University of Western Sydney in art history and criticism and her master’s in arts administration in 1994 from the College of Fine Arts at University of New South Wales. She completed her doctorate with a dissertation on experimental Chinese art at the University of Western Sydney in 2005. Chiu has authored and edited several books and catalogs on contemporary art, including Contemporary Art in Asia: A Critical Reader (MIT Press, 2010), lectured at Harvard, Yale, Columbia, the Museum of Modern Art and other universities and museums.