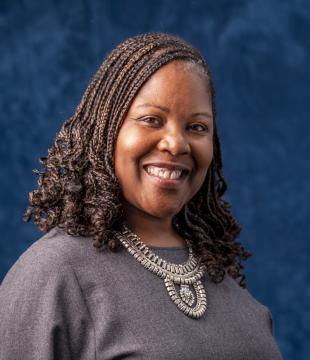 Credit: Michael Barnes
Under Secretary for Museums and Culture

Melanie A. Adams is the director of the Smithsonian’s Anacostia Community Museum. With more than 25 years of community engagement experience in museums and higher education, she is dedicated to bringing stakeholders together to address relevant community issues.

Previously, beginning in 2016, Adams served as deputy director for learning initiatives, at the Minnesota Historical Society. She led efforts at the society to develop strategic partnerships, audiences and resources within local communities. As deputy director, she managed 26 historic sites and museums throughout Minnesota. During her tenure, she created the community outreach department to provide partnerships and programs outside the museum walls.

Adams was president of the Association of Midwest Museums from 2014 to 2016, and she currently serves on the council of the American Association for State and Local History. As a facilitator of workshops on topics related to museums and race, she helps professionals understand barriers to connecting with diverse audiences.

Her past work has focused on racial inequality in education. Appointed by the St. Louis mayor in 2007 to the Special Administrative Board of St. Louis Public Schools, she worked for nine years with students, staff and the public to help the district regain accreditation. Adams has received numerous accolades for her community work; she was named a St. Louis NAACP 100 Community Leader in 2009 and the Royal Vagabonds Foundation Extraordinary St. Louis Trailblazer in 2014.

She succeeds Lori Yarrish, who was the director of the museum from December 2017 until her death in August 2018. Lisa Sasaki, director of the Smithsonian Asian Pacific American Center, served as interim director.