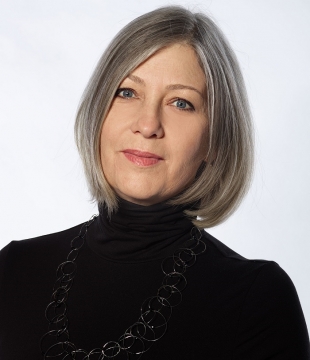 Anthea M. Hartig is the Elizabeth MacMillan Director of the Smithsonian’s National Museum of American History and the first woman to hold the position since the museum opened in 1964. Hartig oversees more than 250 employees, a budget of over $40 million and a collection that includes 1.8 million objects and more than three shelf-miles of archives. She officially began her tenure Feb. 18, 2019. Hartig succeeded John Gray, who served as the museum’s director from 2012 to 2018.

In response to the COVID-19 pandemic, Hartig has put in place two task forces, one on collecting around the current crisis and the other a digital response team to create new content, particularly in the area of K–12 education. During this time, Hartig is also coordinating security, facilities and other functions in cooperation with the Smithsonian leadership and other museum directors. All Smithsonian museums continue to be closed until further notice to support the effort to contain the spread of COVID-19.

Hartig is currently leading the museum in crafting a vibrant new strategic plan to take the museum through to the Semiquincentennial of the United States in 2026 and beyond. It will show the museum as the most accessible, inclusive, relevant and sustainable American history museum. Through incomparable collections, rigorous research and dynamic public outreach, the National Museum of American History seeks to empower people to create a just and compassionate future by exploring, preserving and sharing the complexity of the past.

In commemoration of the 100th anniversary of the 19th Amendment’s ratification granting women the right to vote, the museum is presenting three new exhibitions that are powerful contributors to the Smithsonian American Women’s History Initiative, including “Creating Icons: How We Remember Woman Suffrage,” which opened March 5 and “Girlhood (It’s Complicated),” slated to open later this year.

An award-winning public historian and cultural heritage expert, Hartig is dedicated to making the nation’s richly diverse history accessible and relevant. A third-generation native of Southern California, she grew up in the greater Pomona Valley. Before joining the Smithsonian, she was the executive director and CEO of the California Historical Society (CHS) in San Francisco. Under her leadership, CHS doubled its staff, created over 30 exhibitions, created its digital library and created the Teaching California initiative, a free online history portal for K–12 students that brings the archive into the classroom. She also served as the director of the Western Region for the National Trust for Historic Preservation from 2005 to 2011 and has been involved in historic preservation and public history projects since the 1990s. She earned her doctorate and master’s degrees in history at the University of California, Riverside, her bachelor’s degree at the University of California, Los Angeles and studied as an undergraduate and graduate student at the College of William and Mary. Dedicated to public and non-profit advocacy, Hartig has served on numerous California State Commissions, task forces, and Boards, including the California Preservation Foundation, National Council for Public History and the Organization of American Historians.

The National Museum of American History houses some of the Smithsonian’s best-known treasures: the Star-Spangled Banner, the flag that inspired the words for the National Anthem; the hat worn by President Abraham Lincoln the night he was assassinated; the writing desk used by Thomas Jefferson as he drafted the Declaration of Independence; the Woolworth lunch counter that was the site of the 1960 student sit-in in Greensboro, North Carolina; and Dorothy’s Ruby Slippers from the movie The Wizard of Oz.