See Black Wall Street on Film: A Story of Revival and Renewal from our National Museum of American History.

Why We Remember: Reflections on the 100th Anniversary of the Tulsa Race Massacre

On May 31, 1921, a white mob gathered in Tulsa, Oklahoma, instigated by an accusation against a Black teenager that even the Tulsa police found spurious. Their target? Tulsa’s Greenwood District, a prosperous African American community. Dubbed “Black Wall Street,” Greenwood was home to thousands of people and a thriving downtown—stores, schools, churches, community centers, and more. Boasting one of the largest concentrations of Black-owned businesses in the country, the district embodied the possibilities of economic success and civic prosperity for Black Americans in the post-Reconstruction era.

Early on the morning of June 1, thousands of white Tulsans, armed with guns, torches, and kerosene, began a violent and destructive attack. They killed, looted, and burned indiscriminately across 35 blocks of Greenwood. Widely acknowledged to be the deadliest incident of racial violence in American history, the massacre left as many as 300 dead and 10,000 homeless, injured, traumatized, and silenced. By the time the fires calmed hours later, hundreds of buildings had been razed: homes, churches, businesses, schools, a hospital, and a library, all destroyed. The once vibrant neighborhood was gone; the survivors carried physical and emotional scars.

For me, some of the most moving items at the National Museum of African American History and Culture are a few burnt pennies, salvaged from a family home destroyed in the fires. I would look at the pennies and imagine the horror of those two days. Those charred coins are remnants of a dream, a tangible record of the hatred that destroyed life and livelihood. The ruin of Black Wall Street and everything it signified was a clear statement of white supremacy: that Black success would not be allowed in America.

I have always believed that you can tell as much about a country by what it chooses to forget as what it chooses to remember. And for decades, the story of Tulsa vanished in history. In the years that followed, newspapers, textbooks, and local and state governments failed to acknowledge the tragedy (let alone provide support to the community). Greenwood residents themselves grieved in silence.

That is why, on the 100th anniversary of the Tulsa Race Massacre, remembering this history feels especially urgent—not only to honor those affected by the tragedy, their stories, and their descendants but also to recognize that this moment illustrates a much broader truth about American history. The Tulsa Race Massacre was unique only in its scale. Across the country, white mobs destroyed, stole, brutalized, and murdered to enforce white supremacy. This occurred in Rosewood, Florida, in 1923; Springfield, Illinois, in 1908; East St. Louis in 1917. Those two days in Greenwood 100 years ago were a part of a systemic regime of terror as old as this country and a cycle of historical amnesia that prevents us from reckoning with sanctioned violence and beginning reconciliation.

Yet even as these events remind us of the darkest parts of our national heritage, they also reveal another vital truth of what it means to be American. Greenwood’s story is one of tragedy, but it is also a story of reinvention and hope. Even without the support of the city and the state—and in the face of racist opposition—the people of Greenwood found ways to rebuild. When I look at the photos of utter devastation and think of the work it took to rebuild, I marvel at the extraordinary strength and perseverance of that community. Step by step, building by building, they reclaimed the vitality, opportunity, and prosperity that was rightfully theirs. Today, residents of Greenwood also work to ensure that this story never disappears again. The community has led efforts to find mass graves, to document their history, to create public monuments to the lost lives and buildings. In Tulsa, the work of community recovery goes hand in hand with the work of recovering history. 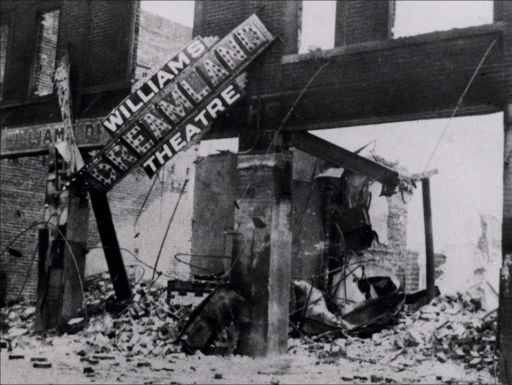 Tulsa: The Fire and the Forgotten

Presenting research into the history of Greenwood from its origins and how it expanded quickly into a vibrant, financially, and socially viable community. 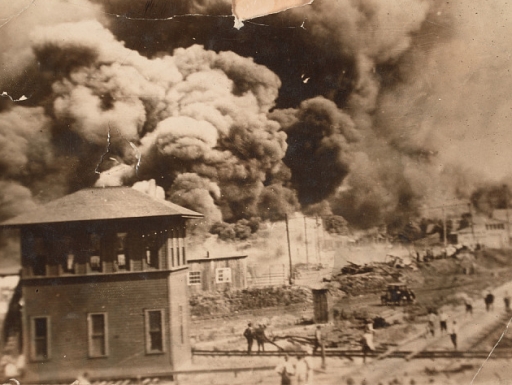 Historically Speaking: In Remembrance Of Greenwood

NMAAHC and Smithsonian Magazine convene to commemorate the 100th Anniversary of the Tulsa Race Massacre. 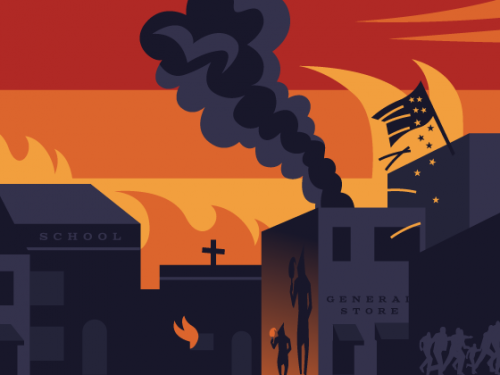 Learn the story of the Tulsa Race Massacre of 1921 that destroyed almost 40 blocks of a wealthy black neighborhood in Oklahoma. 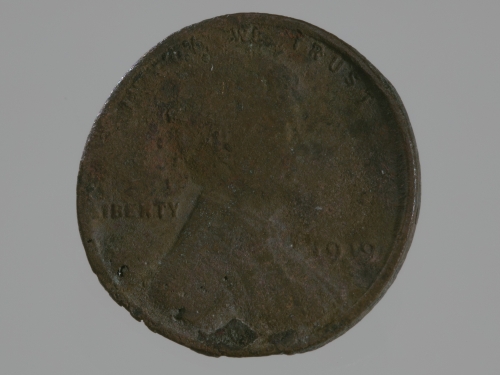 A Penny Charred in the Tulsa Race Massacre

This object is from the deadliest racial massacre in U.S. history. For nearly a century, the story was rarely told. 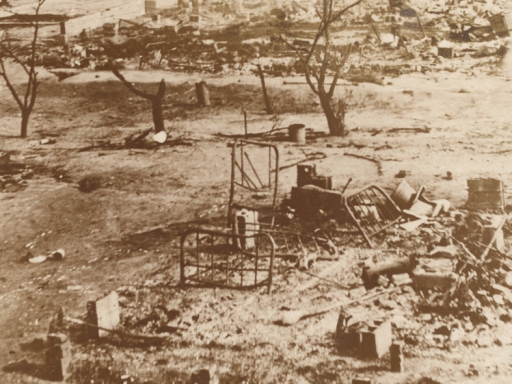 Confronting the murderous attack on the most prosperous black community in the nation a century later. 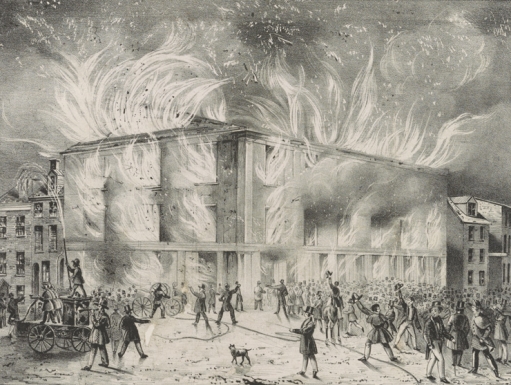 Learn how the myth of a liberal North erases a long history of white violence across America and obscures racism as a national issue. 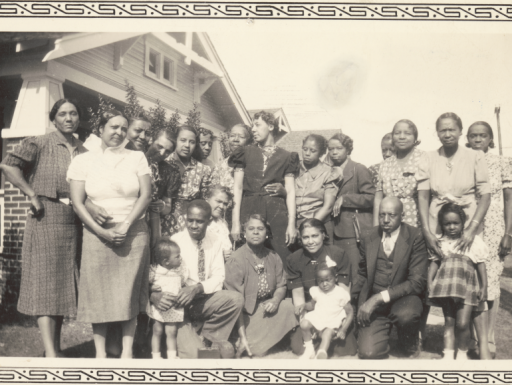 Explore collection objects that illuminate the lives of people who suffered tragic loss, rebuilt their lives and community, and strove for resolution and repair.

Survivors of the Tulsa Race Massacre recall their experiences on that day and after.

Footage of the Prosperous Greenwood and the Tulsa Massacre | Smithsonian Channel

Footage of the Greenwood District and the Tulsa Massacre

A recently unearthed clip shows life in the Greenwood district of Tulsa and its neighboring communities, filmed between 1925 and 1928. 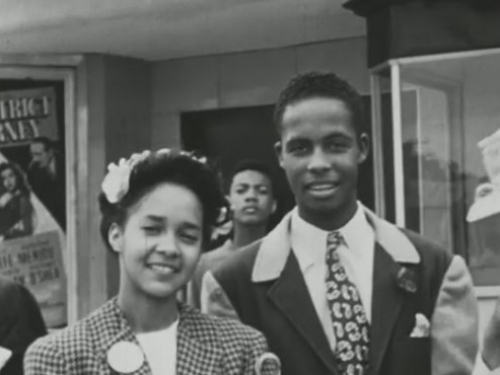 Black Wall Street on Film: A Story of Revival and Renewal

Transcribing the Legacy of the Tulsa Race Massacre

In this Collections Deep Dive, Emily Cain is joined by historian and curator Paul Gardullo to discuss the 100th anniversary of the Tulsa Race Massacre and the importance of transcribing related collections.

Visit the Tulsa Collections Portal for more materials to help fill the silences in our nation’s memory.

Produced in collaboration with the Our Shared Future: Reckoning with Our Racial Past initiative to help Americans explore and confront our nation’s complicated history.