Dunn was born and raised on a homestead in rural South Dakota. He attended the South Dakota Agricultural College, but soon left to pursue studies at the Art Institute of Chicago. He then studied for two years (1904–1906) with Howard Pyle in Wilmington, Delaware. Dunn launched his own studio in Wilmington, becoming a successful teacher as well as illustrator of magazines, books, and advertising.

Dunn entered the army art program in March 1918 as a captain and was soon on his way to France, where he established a reputation as a bold, even foolhardy, combat artist. His work very much centered on frontline action. Although he was one of the first to return from Europe, in February 1919, he continued painting pictures based on his war experience for many years.

In 1919, Dunn opened a studio and art school in New Jersey, where he taught hundreds of students and was a major influence on the next generation of illustrators. He was elected to the National Academy of Design and to the Society of Illustrators Hall of Fame. Dunn’s celebrity far exceeded that of any of his fellow war artists and much more has been written about him than any of the others. 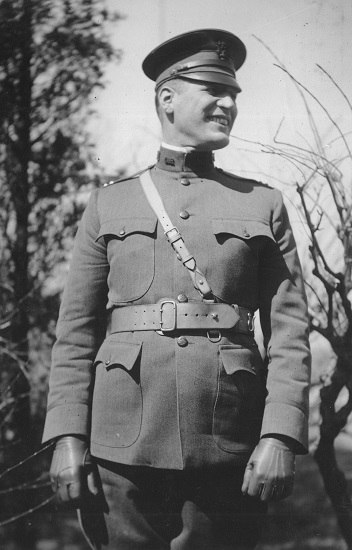