Nineteenth century Americans were voracious news-readers, and in 1863, there was plenty of big news. Abraham Lincoln signed the Emancipation Proclamation. Ground was broken on the first transcontinental railroad. Dozens were injured and killed in the New York draft riots. In bloody battles at Gettysburg, Vicksburg, and elsewhere, the Union Army began to turn the tide of the Civil War. 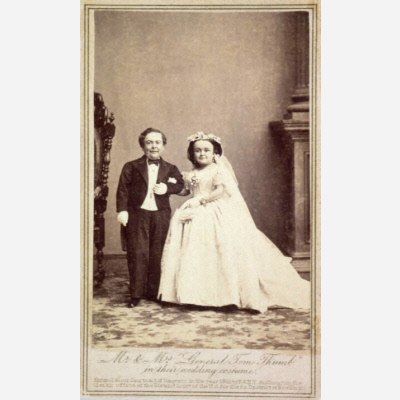 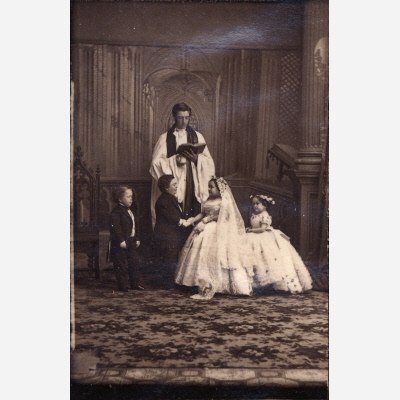 But the news story that captivated the nation in February 1863 wasn't political or military; it was a celebrity wedding. A full-page engraving on the front of the February 21 issue of Harper's Weekly announced the nuptials of Charles Stratton and Mercy Lavinia Warren Bump, also known as Mr. and Mrs. Tom Thumb.

About 2,000 people, including congressmen, generals, and New York elites attended the couple's elaborate and well-publicized wedding ceremony on February 10, 1863, at Grace Episcopal Church in New York City. Some 5,000 more bought $75 tickets for their reception. The couple, both of whom were less than three feet tall, greeted guests while standing on top of a grand piano. On their honeymoon, the Strattons stopped by the White House, where President Lincoln held a reception for the newlyweds. 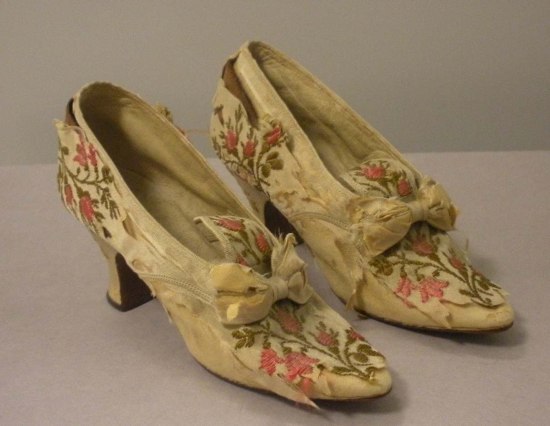 The man behind all of the hullabaloo and the breathless media coverage that accompanied it was the nation's greatest showman, P. T. Barnum. Barnum had employed Stratton from the age of 4, when he taught the boy he rechristened General Tom Thumb to sing, dance, and impersonate characters like Cupid and French leader Napoleon Bonaparte. When Barnum opened his American Museum in New York, Stratton was not only the most popular attraction, but also one of the most successful entertainers in the country.

Previously a dancer on a Mississippi River showboat, Lavinia Warren came to work for Barnum in 1862, and she and Stratton fell in love. According to the New York Times, by the time of their wedding, perhaps only French President Louis Napoleon was more well-known throughout the world than Tom Thumb.

The Strattons received extravagant wedding presents, including a silver miniature horse and chariot made by Tiffany & Co., a pair of slippers from famous actor Edwin Booth, and a decorated miniature sewing machine from Wheeler and Wilson Manufacturing Company. Wheeler and Wilson was based in Bridgeport, Connecticut, the hometown of both Barnum and Stratton, and the company likely hoped to get some publicity with its gift. 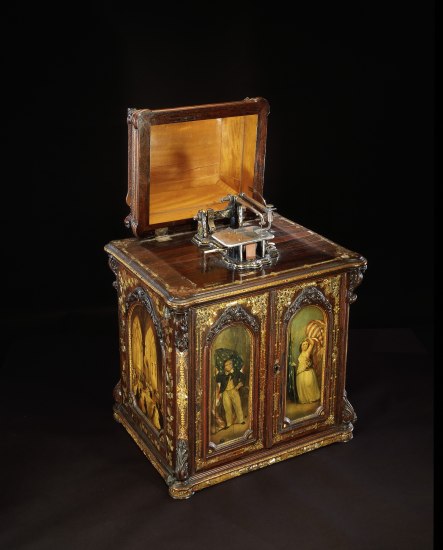 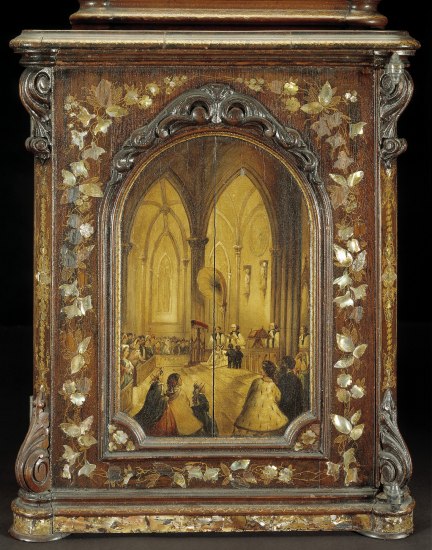 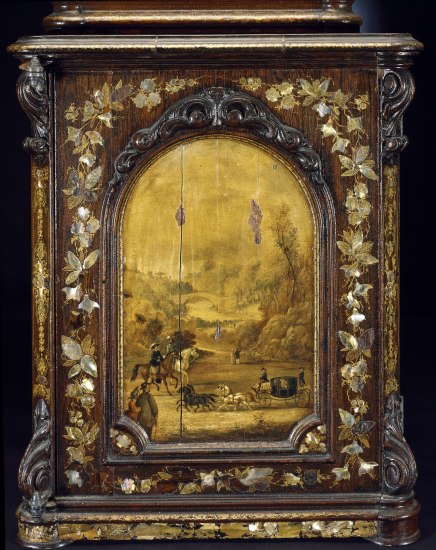 The miniature sewing cabinet, measuring 27" high by 22" wide and 16" deep, is ornately decorated with silver plating and six panel paintings, and is inlaid with mother-of-pearl. One of the panels depicts the wedding at Grace Episcopal Church. The back panels show a woman sewing by hand and then sewing using a Wheeler and Wilson sewing machine. The remaining panels include patriotic designs with the American flag and a depiction of another wedding gift, the miniature silver horse and chariot presented by Tiffany and Company. 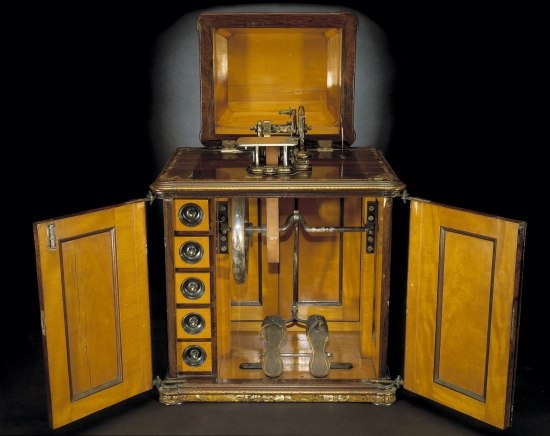 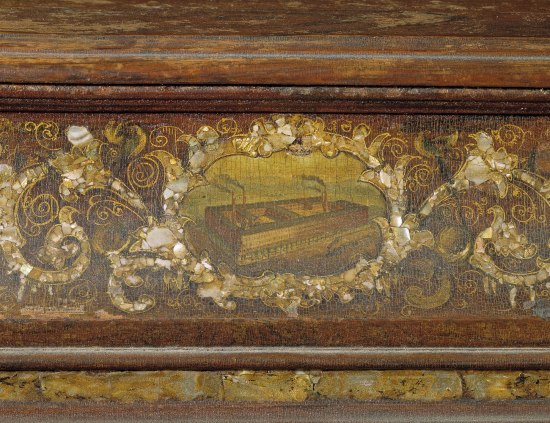 By all accounts, Charles and Lavinia enjoyed their life together, performing and traveling in the public eye, although the gaze never so intense as at their famous wedding. Although Barnum certainly profited from exhibiting them, the Strattons also became wealthy from their performances, lived comfortably, and even bailed Barnum out when he faced bankruptcy later in life. Charles died in 1883, and when Lavinia died 35 years later, she was interred with him in Connecticut.

Thanks to Barbara Janssen, former associate curator, for some of the above information on this interesting sewing machine in the Textile Collection of the National Museum of American History. Enjoy more pictures of the sewing machine.

Ryan Lintelman is curatorial assistant in the Division of Culture and the Arts. Sheryl De Jong is a volunteer in the Textile Collection, Division of Home and Community Life.