This vibraphone, used by Lionel Hampton, was made by Musser in Elkhardt, Indiana, around 1980. It is a three-octave, M75 Century model, with gold finished bars, gold lacquered resonators, and covered wood end panels.

American jazz vibraphonist, percussionist, and bandleader Lionel Leo Hampton (1908 - 2002) began his music career playing drums and took up the vibraphone in the late 1920s. After stints with Louis Armstrong, Nat Shilkret and his Orchestra, and the Benny Goodman Orchestra, Hampton formed his own orchestra in the early 1940s and would lead various incarnations of his group well into the late 1980s. Hampton donated this vibraphone to the Smithsonian in 2001 shortly before his death. 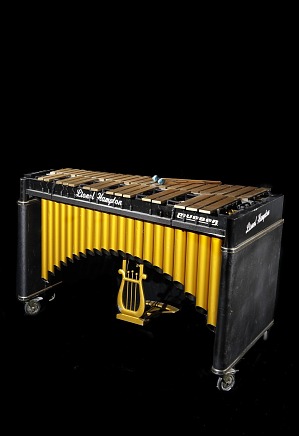 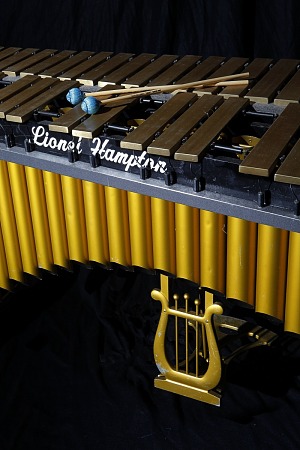