This banjo was made by the Vega Company in Boston, Massachusetts, around 1922. It is a Four-String Banjo, Tu-ba-phone Model No. 3, Serial #50232, with a patented brass top hoop and bracket band over a seven-lap sectional maple hoop, 28 brackets, mahogany neck with an ebony fingerboard with22 frets and inlaid pearloid dots and star position marks, carved heel, peghead with flowerpot inlay, Grover style tuners with ivoroid buttons. The dowel stick is stamped:

This banjo features the following patents:

The Vega Company purchased the A. C. Fairbanks Company in 1904 and produced banjos of high quality largely based on earlier designs of Fairbanks. This Tu-ba-phone model incorporated a heavy “tone ring” originally patented by Fairbanks in 1890, a feature still favored by modern banjo players for the quality of tone it produces. 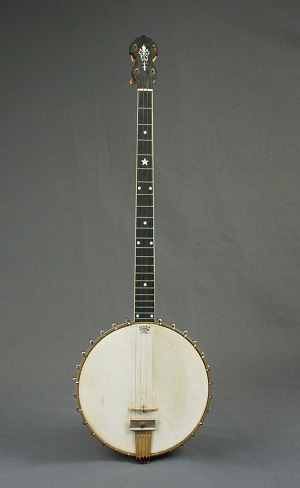 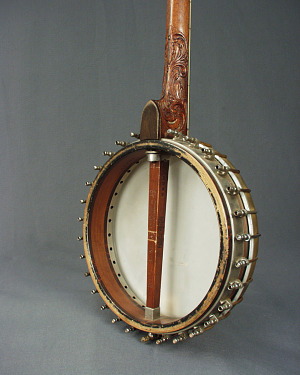 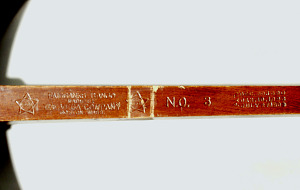 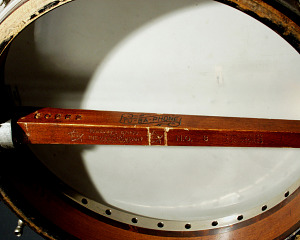 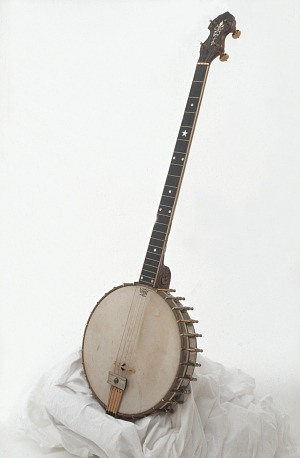 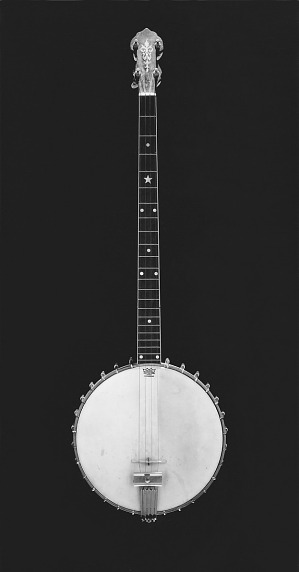 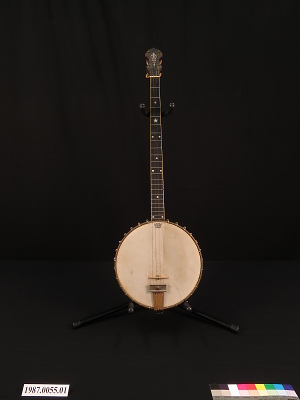 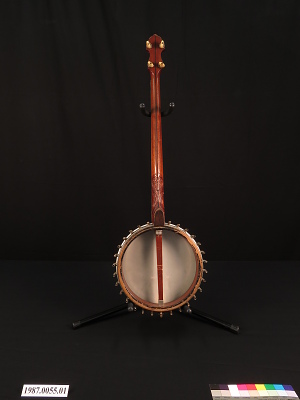