This banjo was made by Elmer Thompson of Staten Island, New York around 1917-1919 while waiting to be discharged from the U.S. Army during World War I. It is a Four-String Banjo, with a body made from the base of a German Howitzer shell, the neck from the stock of a rifle, with 12 frets, and the tuning pegs from French machine-gun bullets.

After the War Thompson continued to play this banjo in Staten Island working as an electronics engineer with the Philco Corporation of America. Retiring in 1959, he played this banjo in a seven-piece dance orchestra in Debary, Florida known as the Dee Dee Beehive. He was an active inventor, with 30 patents to his credit recorded in the U.S. Patent Office. 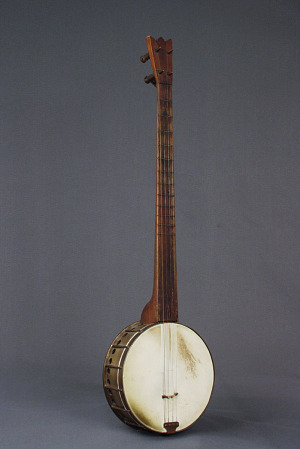 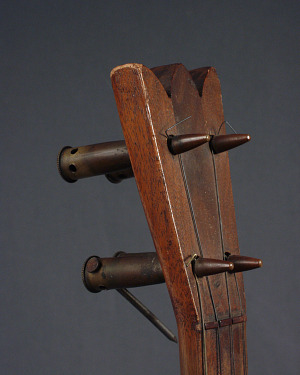 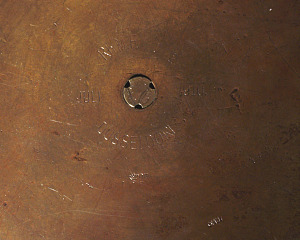 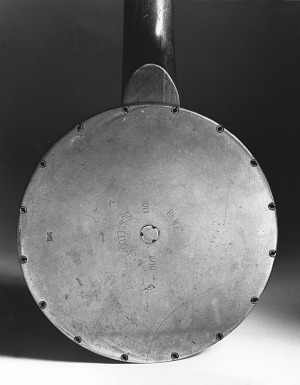 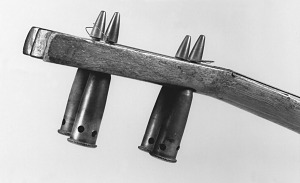 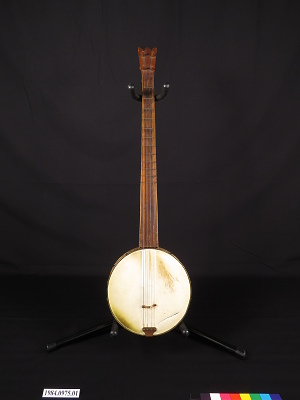 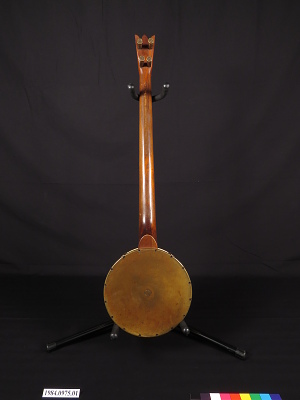