This Technics brand turntable was made by Matsushita Electric Industrial Co., Ltd., in Japan. It is a SL-1200 MK2 model, originally released in 1979 as a high fidelity record player for the average consumer, and was soon adopted by radio and club deejays. This model also became very popular with early hip hop deejays and was used by hip hop pioneer, Grandmaster Flash.

Grandmaster Flash (Joseph Saddler), was born in Barbados in 1958. Growing up in the Bronx, he was influenced by his father’s massive record collection. As a teenager, Grandmaster Flash first experimented with DJ equipment and became involved in the New York DJ scene while attending daytime technical school courses in electronics. The innovations and techniques developed by Grandmaster Flash established him as one of the pioneers of hip hop and deejaying. 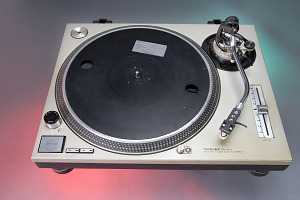 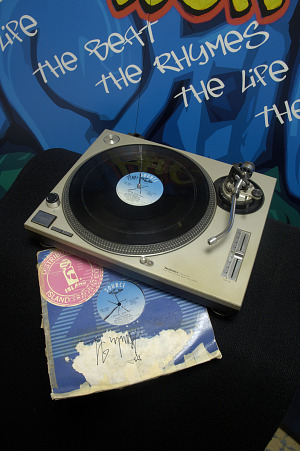 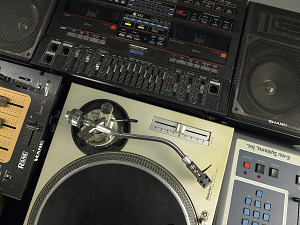 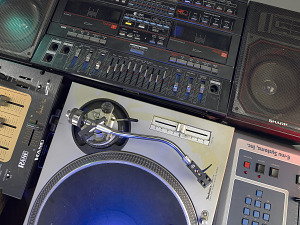