This violin was made by the Kiso Suzuki Violin Company Ltd. in Fukushima, Kiso, Japan in 1973. The earliest makers of violins in Japan were Sadajiro Matunaga and Masakichi Suzuki (b.1859–d.1944). Both were trained as shamisen makers and began making violins based on instruments brought to Japan toward the end of the 19th century from Western sources, using Japanese pine and maple and sometimes sycamore. In 1880, proceeding with a Westernization policy, the Japanese government had instituted teacher training programs for lessons in piano, organ, and violin. There is a printed label inside the instrument:

Masakichi Suzuki established the Suzuki violin manufacturing firm in Nagoya in 1887, adding guitars and mandolins to the firm's production in 1903. The firm received an award at the Japan-British Exhibition in London in 1910, and Masakichi was further cited in 1917 by the Japanese government with a Medal of Honor for his accomplishments in the violin industry. At this time his company was producing thousands of violins each year.

The “S” logo is employed in the label of this ¾ violin with semi-transparent, dark reddish-brown varnish and ink representation of purfling. The fittings are of dark hardwood, with the fingerboard also stained black to give the appearance of ebony. The spruce and maple are probably local Japanese woods, with interior linings and blocks of a light material similar to basswood. 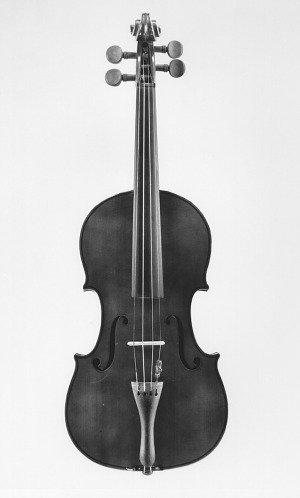 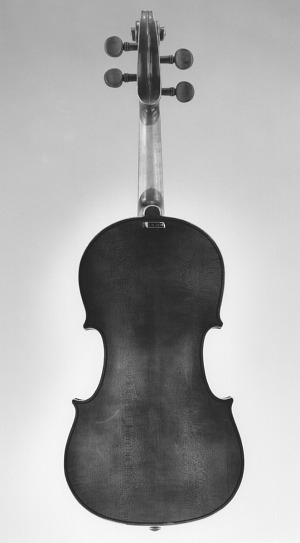 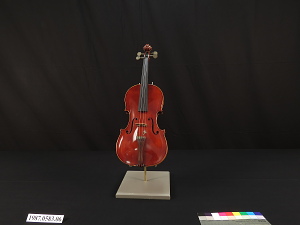 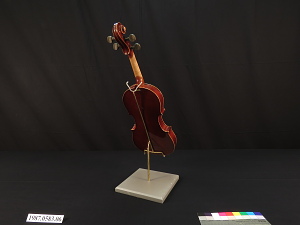