This violin was made by Antonio Stradivari in Cremona, Italy, about 1700. It is the Greffuhle violin with a two-piece table of spruce with even medium fine grain broadening toward the sides, one-piece back of maple with narrow, nearly horizontal figure, ribs of similar maple, modern maple neck terminating in the original pegbox and scroll of similar maple, and golden red-brown varnish. This instrument has an original printed label, with altered date:

A brief history of the Greffuhle is cited in this excerpt from a letter in 1960 to Hug & Co. in Switzerland from W. E. Hill & Sons, the highly respected British firm of violin dealers and experts.

The history of the Stradivari violin dated 1709, known as the “Greffuhle”, is, as far as it is known to us, as follows. The particulars given are from the notes made by the late Mr. Alfred Hill, who had known the instrument since boyhood days.

This violin bears the original label dated 1709. The earliest record we have of it is when in the possession of Dr. Camidge, organist at York Cathedral ca. 1830-40. From him it passed to the Reverend Blow of Layer Breton, Essex. He was an amateur player of distinction and also posessed a fine Nicolo Amati. He was a frequent visitor to the business premises of the late William Ebsworth Hill and it was thus that the late Mr. Alfred became well acquainted with the instrument, ca. 1870. Owing to declining health the Reverend Blow sold the violin to Mr. John Adam, a well-known collector who had owned many famous violins. On the sale of the Adam collection it passed to David Laurie, also a well-known collector of his time.

About 1880 Laurie took the instrument to Paris and sold it through the intermediary of Gand to the Visconte de Greffuhle in 1882. It was sold by the Visconte to Caressa in 1910 and later passed into the possession of the firm Hamma & Co. of Stuttgart. The firm of Hamma in turn sold it to Herr Walter of Bohemia, and in later years he sold it to your firm. Reference to this violin is made in “Violins and Violin Makers” by J. Pearce.

Hug & Co. sold the Greffuhle in 1962 to Carl Tannewitz of Grand Rapids, Michigan. Jacques Français bought the violin at auction in 1977 and sold it to Herbert Axelrod in 1979.

There is a compilation of measurements of the Greffuhle violin by Gabriela Guadalajara available from the collections files. Computer Tomography (CT) scans were made of the entire instrument, courtesy of Bruno Frohlich, Museum of Natural History, Smithsonian Institution.

The Greffuhle violin is part of The Herbert R. Axelrod Quartet of Decorated Instruments by Antonio Stradivari, consisting of the Ole Bull violin,1687; the Greffuhle violin, c.1700; the Axelrod viola, 1695; and the Marylebone violoncello, 1688. 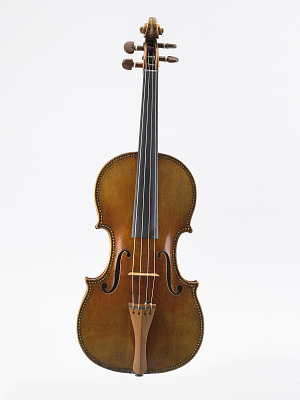 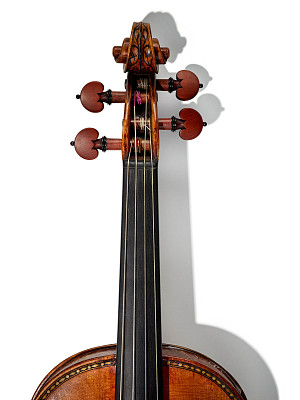 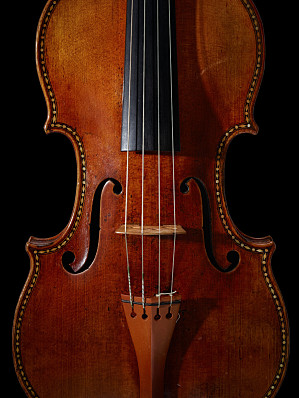 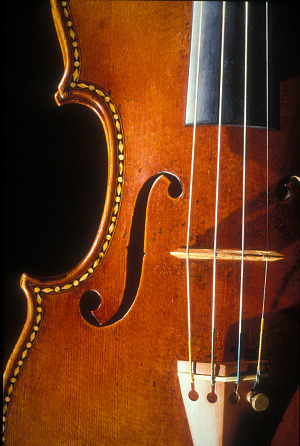 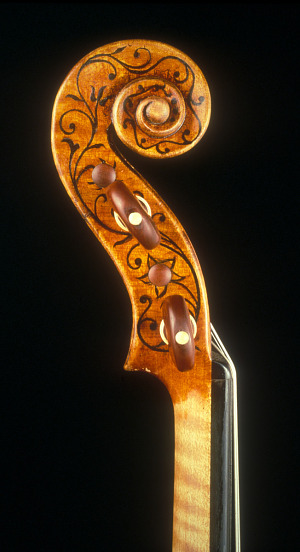 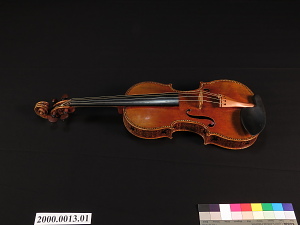