Oscar the Grouch puppet made by Muppets, Inc. for the Children's Television Workshop for use in the production of the television series Sesame Street, ca. 1970-1980. Oscar is a green furry monster who lives in a trash can on Sesame Street and frequently argues with the other Muppet and human characters. Despite his grouchiness, Oscar is a valued friend to the other characters on Sesame Street, demonstrating the importance of understanding, tolerance, and diversity.

Oscar the Grouch was originally performed by Caroll Spinney, who said that he based the character's voice on a cranky New York taxi driver. Jim Henson’s inspiration for the character was a rude waiter at a restaurant named Oscar's Salt of the Sea. In his original concept drawings for Oscar the Grouch, Henson imagined a spiky, grumpy-looking magenta monster. Due to the limitations of early color television, however, Oscar was redesigned with orange fur for his premiere on the first season of Sesame Street in 1969, and only changed to green for the second season. Oscar explained that this change was due to his vacation at Swamp Mushy Muddy where it was so damp that he became covered in slime and mold.

Oscar the Grouch is a live-hand puppet, which means that one of the performer’s hands is in the puppet’s head while the other is in one of the puppet’s arms, which has gloves for hands. Another puppeteer is usually needed to operate the other arm, which is known as right-handing. This particular Oscar the Grouch puppet was built in the 1970s. It was also used to perform the character Grandpa Grouch at some point in the show's run. 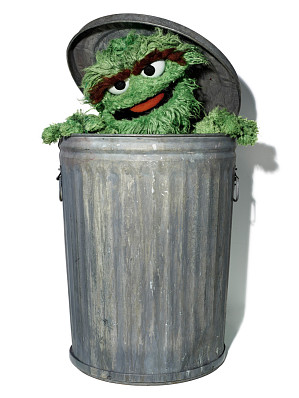 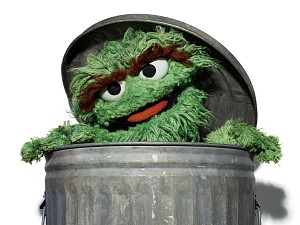 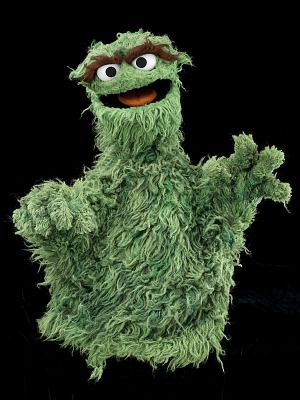 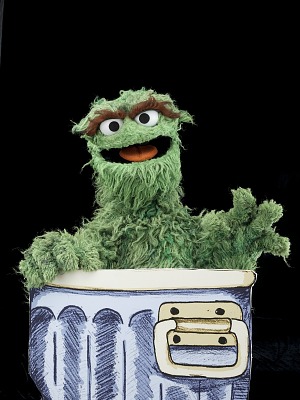 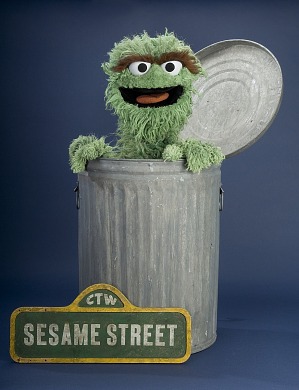