This electric-acoustic guitar was made for Sears around 1962 by companies like Danelectro and Harmony. Silvertone guitars were popular because of their solid construction and inexpensive pricing.

This guitar was owned and played by Jesse Fuller (1896-1976), a one-man-band folk and blues singer from the San Francisco Bay area who accompanied his guitar-playing with singing, harmonica, percussion, and a foot-operated bass instrument called a fotdella. Fuller played guitar as a child but didn’t become a professional musician until the early 1950s. As a songwriter, Fuller is best known for his songs, “San Francisco Bay Blues” and “Beat It on Down the Line.”

Jesse Fuller purchased this Silvertone guitar in 1962, from a Detroit Sears, after his original Maurer guitar was stolen and he needed another guitar to be able to make his playing engagement that evening. 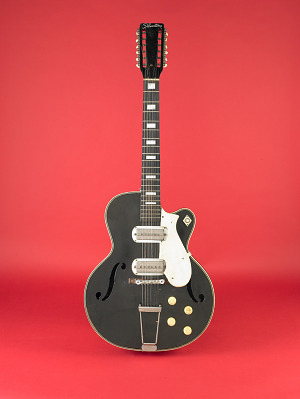 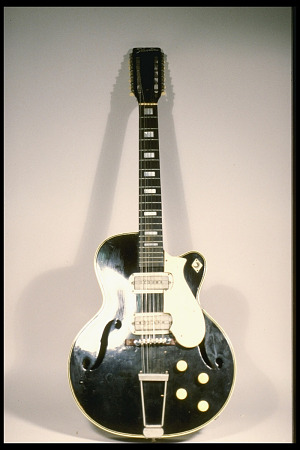