This bust of American composer and saxophonist Charles "Charlie" Parker, Jr. (1920 - 1955) was made by Ed Dwight in Denver, Colorado in 1990. Made of cast bronze, the sculpture depicts Parker’s head, neck and hands, playing a saxophone, on a base of saxophones and a stylized keyboard. 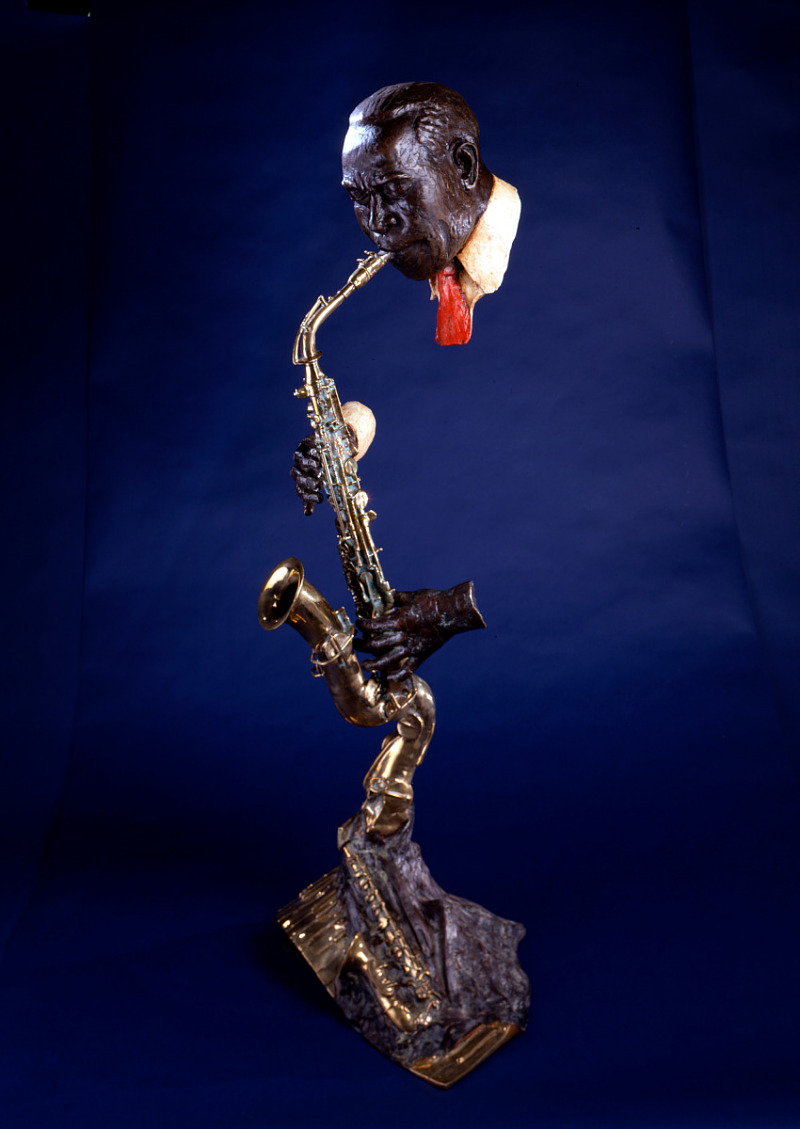 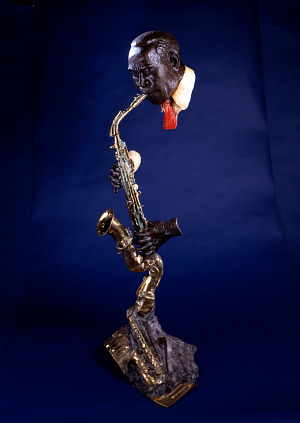 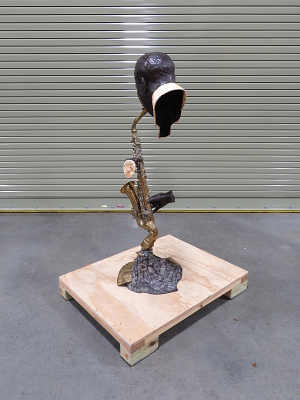 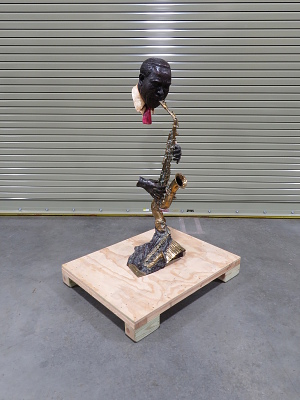