This banjo was made by the Gibson, Inc. in Kalamazoo, Michigan in 1927. It is a Four-String Tenor Banjo, Mastertone TB-5 Model, serial number 8693-2, with black walnut shell, black walnut neck, rosewood fingerboard with iridescent ivoroid and marquetry strippings, inlay of white pearl designs, similar ornamentation applied to peghead, 4:1 geared pegs with pearl buttons, gold-tone metal parts, and a laminated and arched flange resonator with marquetry and ivoroid inlays.

This banjo was custom made for vaudevillian performer Frances Chenoweth Coan with jeweled accents on the peghead and inscribed with “Frances.”

Frances Chenoweth toured with her sister Vivian Hayes and Vivian’s husband Ed Hayes as "Ed Hayes and His Banjo Girls" from 1927-1930.

As indicated in a 1926 Gibson Banjo Catalog testimonial: “The new Gison Mastertone Tenor-banjo is assuredly a marvel instrument. Its snappy tone, coupled with the rich tonal qualities and its ease of playing, make it an instrument which can be used for all purposes – dance, radio and concert.”

Credit Line
Gift of the family of Frances Chenoweth Coan 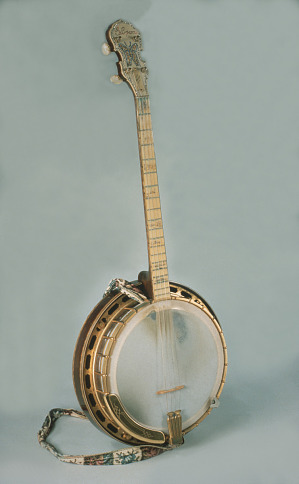 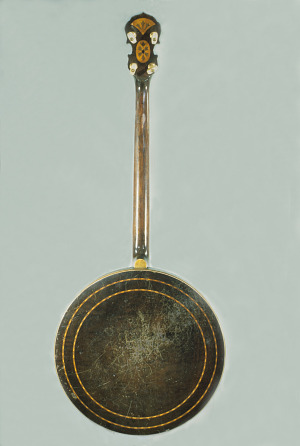 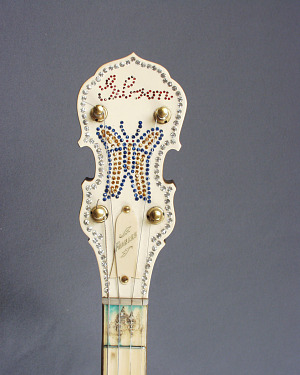 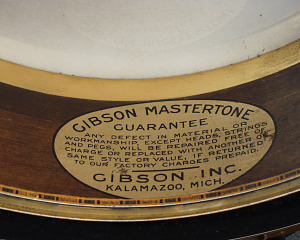 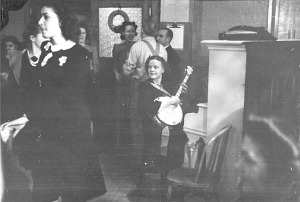 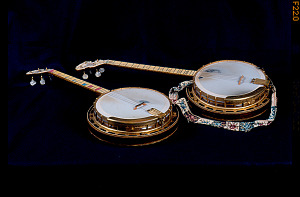 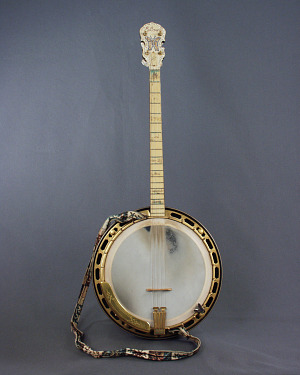 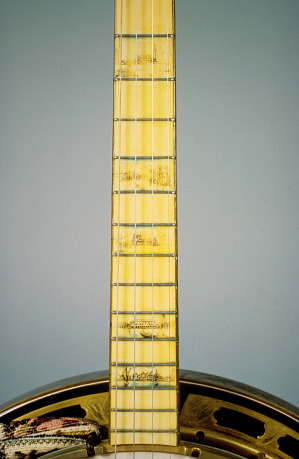 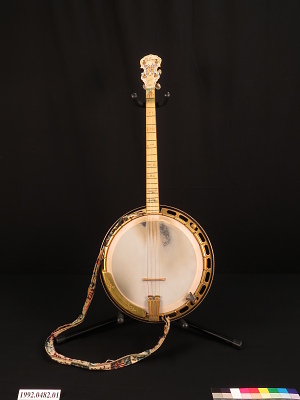 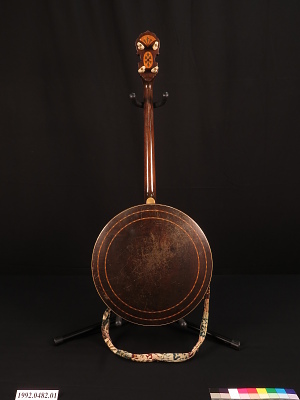