This banjo was made by Gibson Inc. in Kalamazoo, Michigan around 1935. It is a Five-String Banjo, with 22 frets, 24 brackets, pearloid inlaid on fingerboard and back of resonator, and a maple hoop. In a 1934 Gibson catalog, this "RB-11" style banjo sold for $60.00. Although it was one of the less expensive Gibson models it produced a loud and clear tone. This banjo is marked

Benjamin Wade Ward of Independence, Virginia one of the most admired traditional banjo players of this century owned this banjo. Ward performed with the Galax, Virginia group the “Bog Trotters” often providing entertainment during auctions and other local events. The “Bog Trotters” were comprised of “Uncle” Alec Dunford, fiddle, Dr. W.P. Davis, autoharp, “Uncle” Davy Crockett Ward, second fiddle, Wade Ward, banjo, and Fields Ward, guitar. On Tuesday, January 9th, 1940, the group performed for the American School of the Air broadcast from WDBJ radio studio in Roanoke, Virginia. The CBS American School of the Air programs were written and directed by Alan Lomax. 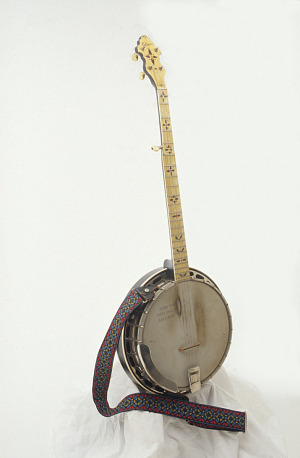 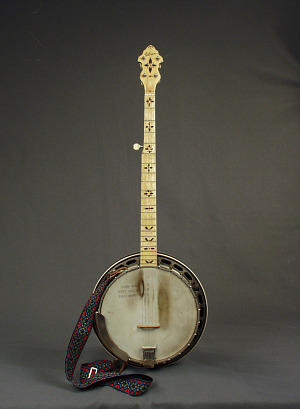 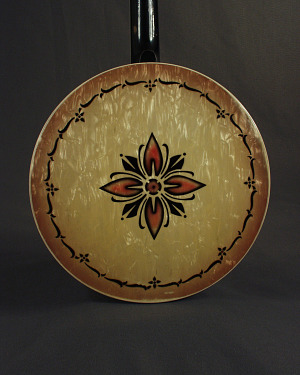 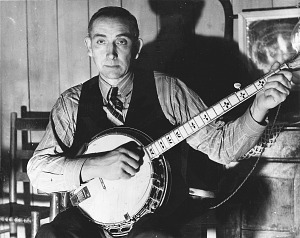 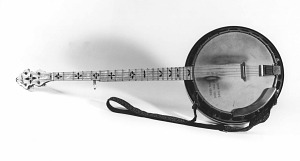 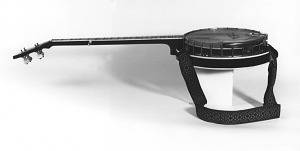 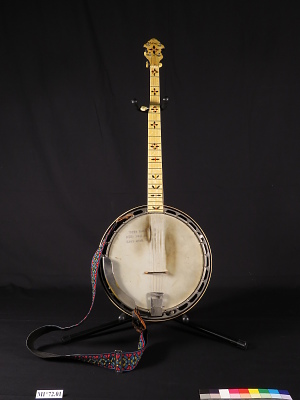 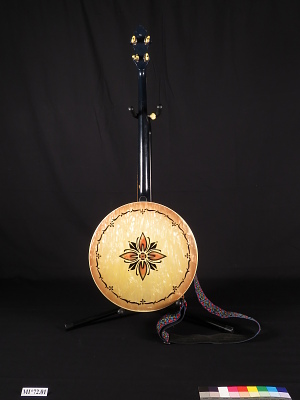