Hand-colored cinema card for actress Fay Wray with a short biography on the back. Canadian-American actress Fay Wray was born on 15 September 1907 in Cardston, Alberta, Canada. After moving to America, she began acting on stage where famed director Erich von Stroheim soon discovered her. After seeing Wray on stage, von Stroheim gave her a lead role opposite himself in the 1928 film The Wedding March. Between 1923 and 1958, Wray starred in over 75 films, including the 1933 hit King Kong in which she starred as the "beauty who killed the beast.” This role landed her parts in many other horror movies where she became known as the "Queen of Scream." Fay Wray died on 8 August 2004, and stars on both the Hollywood and Canadian Walk of Fame honor her contributions to the film industry. 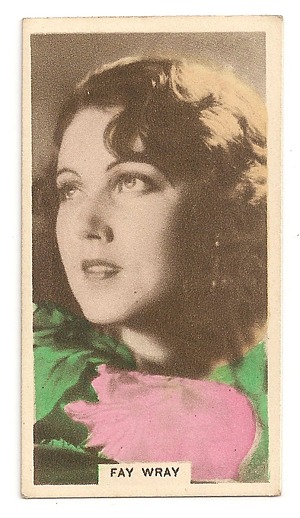 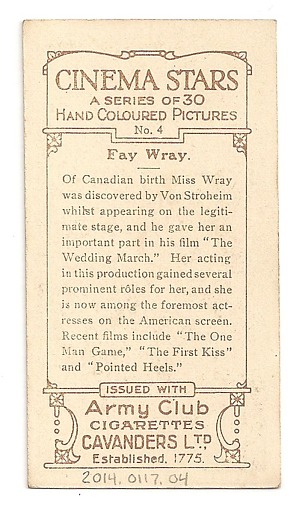