Hand-colored cinema card for actress Dolores del Río with a short biography on the back. Mexican-American actress Dolores del Río was born María de los Dolores Asúnsolo López-Negrete on 3 August 1905 in Durango, Mexico. Following her passion for dancing, she began performing for various events and benefits in the area. During one of these performances, she met her first husband, Mexican socialite Jamie Martínez del Río y Viñent. She was 16, and he was 34. The couple honeymooned in Europe for two years before del Río started her acting career. In 1925, she starred in her first film, Joanna. She continued acting in silent films throughout the rest of the 1920s, including Resurrection (1927), Ramona (1928), and Evangeline (1929). Dolores del Río was considered one of the most beautiful women in Hollywood during the 1920s, and she was the first Latin American female star to be internationally recognized.

After her first marriage ended, del Río married her second husband, MGM’s art designer Cedric Gibbons, in 1930. At this time, del Río began transitioning to "talkies" and musical films, including: Bird of Paradise (1932), Flying Down to Rio (1933) and Madame Du Barry (1934). One of her best-remembered films was Flying Down to Rio (1933), which was the first film to pair up Fred Astaire and Ginger Rogers. In 1938, del Río began a long-term affair with Orson Welles that led to the end of her second marriage. She was the great love of Welles' life, and he set up her last lead role in an American film with Journey into Fear (1942). At age 37, del Río returned to Mexico to perform on stage and screen. Her 1943 film María Candelaria is considered to be her Mexican masterpiece. Del Río went on to win Mexico’s Oscar equivalent for Best Actress (the Ariel) 3 times, and she became Mexico’s most famous actress. This "first lady of Mexican theater” eventually married theatre producer Lewis A. Riley in 1959 and returned to Hollywood sporadically throughout the rest of her life. She died on 11 April 1983 but her contributions to the film industry and Latina actresses are honored by her star on the Hollywood Walk of Fame and various statues and memorials scattered throughout Hollywood and Mexico City. 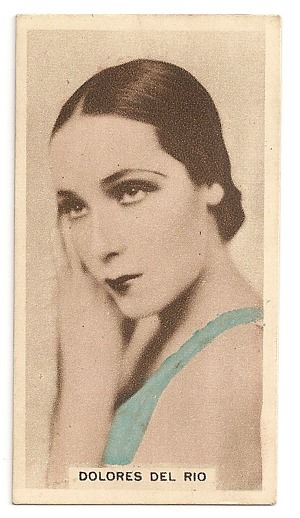 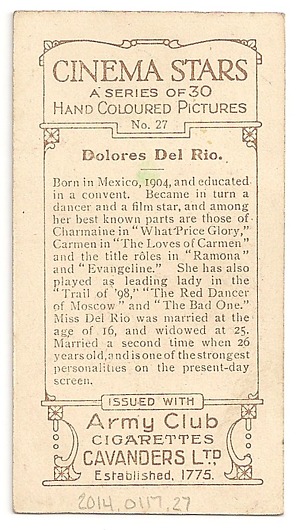