Costume worn by Lin-Manuel Miranda as Alexander Hamilton in Hamilton: An American Musical on Broadway

Costume worn by Lin-Manuel Miranda portraying Alexander Hamilton in the original Broadway production of Hamilton: An American Musical. The costume consists of a white shirt with ruffles, green coat, green waistcoat with small gold metal decoration on proper right side, green breeches, a pair of black leather shoes with a gold colored buckle, a pair of white stockings, and a white cravat.

The costume was designed by Paul Tazewell in 2015, prior to Hamilton's opening at the Richard Rodgers Theatre in August 2015. It was worn by Miranda in performances from 2015 to 2016, when he ceased daily performances in the show. Hamilton won 11 Tony Awards in 2016, including one for Best Costume Design of a Musical.

Lin-Manuel Miranda’s Hamilton: An American Musical highlights the orphan asylum founded by Eliza Hamilton and others in 1806. Their endeavor became the child welfare agency known as Graham Windham, which the cast now supports. 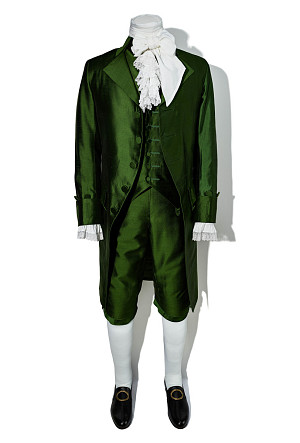 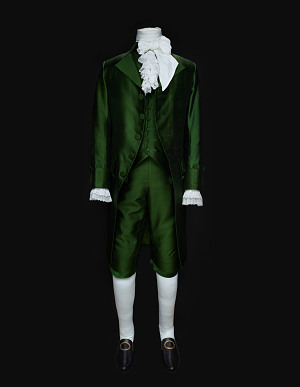 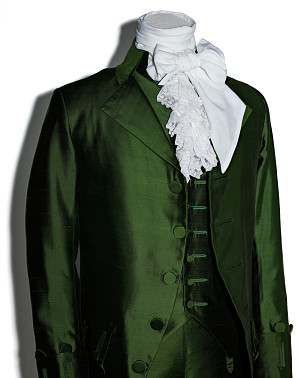 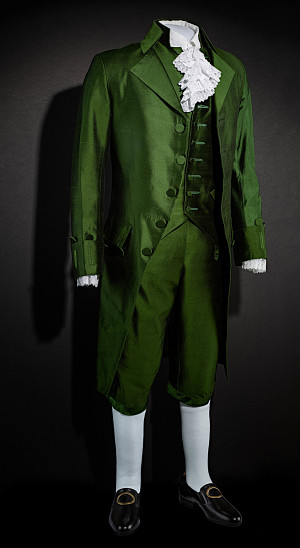 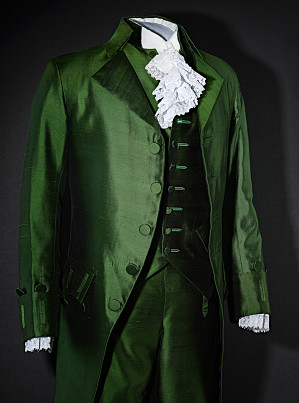