Hand-colored cinema card for actress Clara Bow with a short biography on the back. American actress Clara Bow was born on 29 July 1905 in New York. Bow won a beauty contest that launched her career, and her first role was in the 1922 film Beyond the Rainbow. That same year, her mother, who struggled with delusions and epileptic seizures, threatened to kill her in the middle of the night with a butcher knife. Her mother died the following year. In 1927, Bow landed the role that would define her career in the film It. In this film, she plays a poor shop girl who wins the heart of a wealthy employer. Bow was Hollywood’s original “IT” girl and the first true film sex symbol. She often played flapper roles, and her look personified the 'Roaring Twenties.'

Later in 1927, Bow starred in Children of Film with actor Gary Cooper, with whom she had a brief affair. She also starred in the WWII romantic drama, Wings (1927), which won the first ever Academy Award for Best Picture. Bow was one of the most popular movie stars of her day, appearing in a total of 57 films. She was also one of the most overworked and underpaid stars in the film industry. In 1931, she had an emotional breakdown caused by the pressures of Hollywood, bringing her acting career to a halt. After briefly admitting herself to a mental health institution, Bow moved to Nevada where she married cowboy actor Rex Bell in December 1931. Bow returned to Hollywood to film two more movies (Call Her Savage in 1932 and Hoop-La in 1933) before retiring at age 28. After this, she returned to her husband's ranch in Nevada where the couple had two sons.

Much like her mother, Bow struggled with her mental health, and in 1944 she attempted suicide. A few years later she checked herself into another psychiatric institution where she received shock treatments and various psychological tests. Bow was diagnosed with schizophrenia, and never returned home to her family. Instead, she lived out the rest of her days alone in a bungalow in Los Angeles until her death in 1965. Her star on the Hollywood Walk of Fame honors her contributions to the film industry. 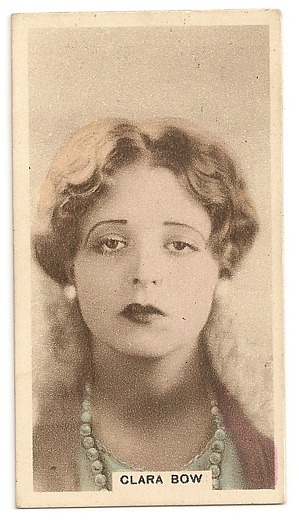 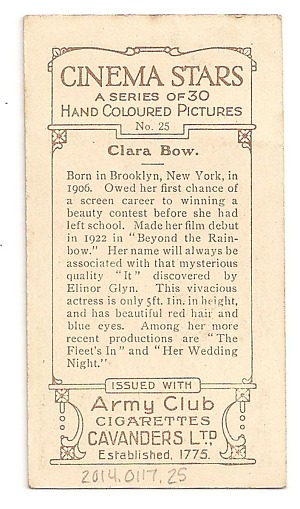