This bust of American jazz trumpeter, musician, bandleader, and composer Miles Dewey Davis III (1926 - 1991) was made by Ed Dwight in Denver, Colorado in 1990. Made of cast bronze, the sculpture depicts Davis’ torso, playing a trumpet, wearing a jacket and sunglasses, on a wood base. 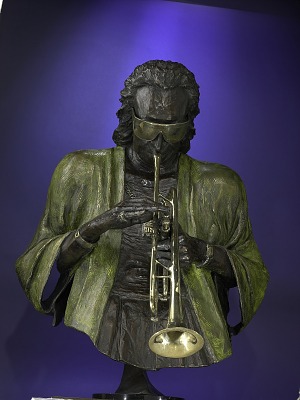 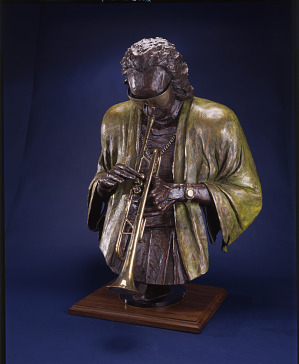 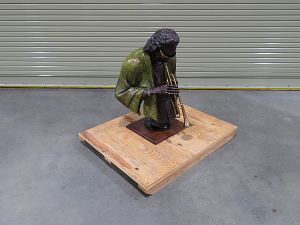 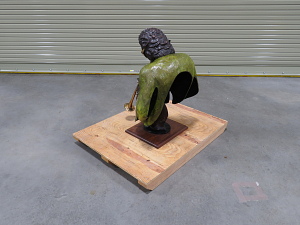