This banjo was made by William Boucher, Jr. in Baltimore, Maryland in 1846. It is a Five-String Fretless Banjo, with a wood shell, red painted metal hoop, 6 brackets, and friction pegs. Stamped on back of the neck: 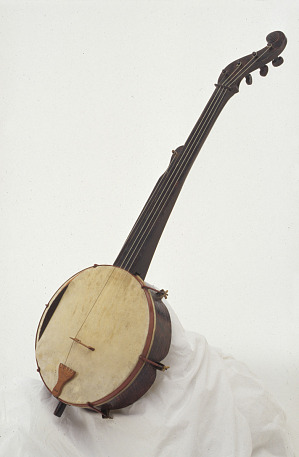 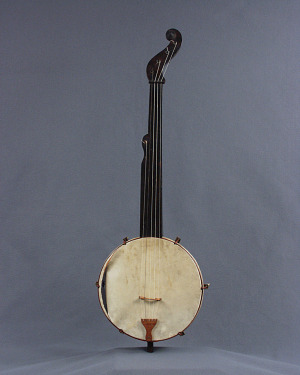 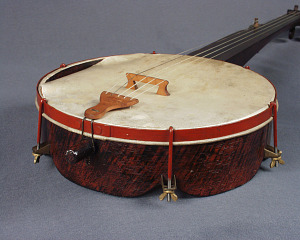 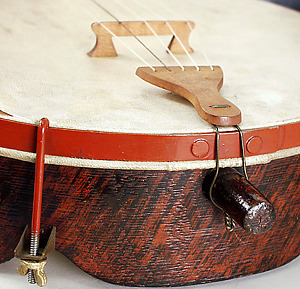 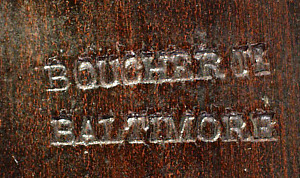 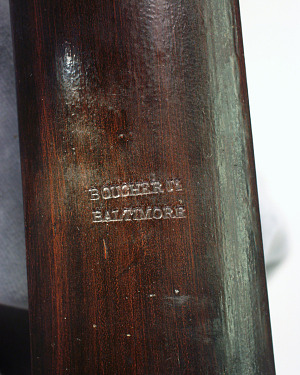 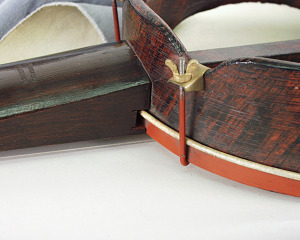 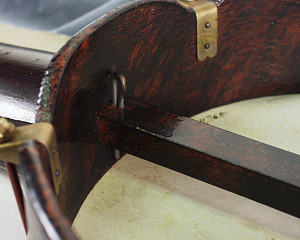 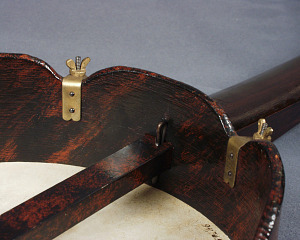 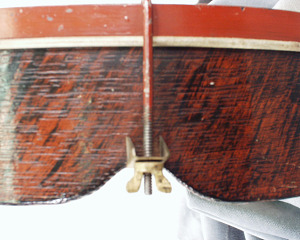 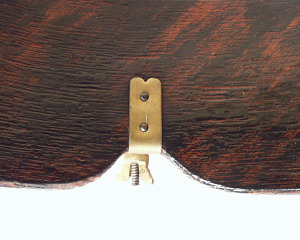 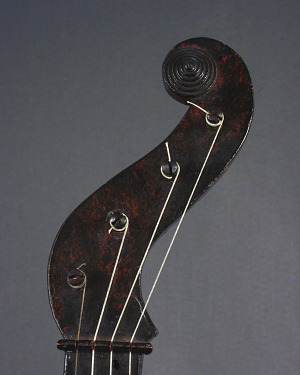 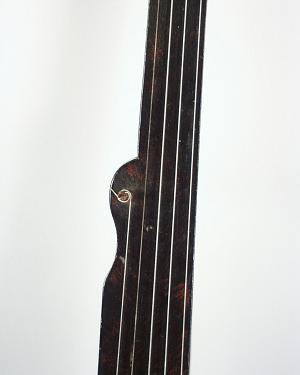 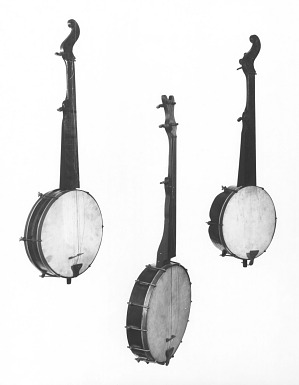 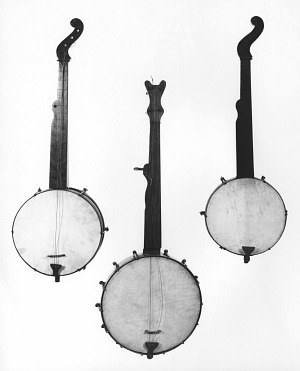 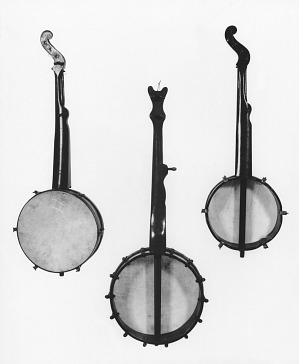 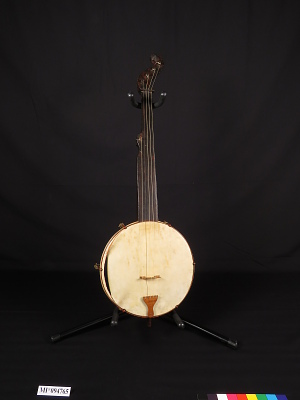 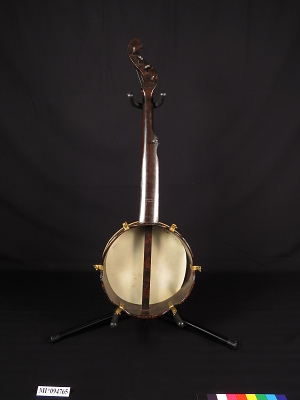