This guitar was made by Robert Benedetto in Homosassa Springs, Florida, in 1978.

Robert Benedetto was born in 1946 in The Bronx, New York into a family of artists, cabinet maker s and musicians. Benedetto made his first archtop guitar in 1968. His reputation grew as he crafted guitars for noted guitarists Bucky Pizzarelli, Chuck Wayne, Joe Diorio and Cal Collins. From 1999-2006, Benedetto had a licensing agreement with Fender Musical Instruments to produce his models in a small, controlled manufacturing environment. Following the agreement with Fender, Benedetto joined forces with jazz guitarist and corporate executive, Howard Paul, to manufacture a broad line of more affordable professional instruments without compromising the unparalleled Benedetto quality. In 1977 Benedetto met jazz guitarist, John “Bucky” Pizzarelli and made this 7-string archtop guitar, serial #1678, for him a year later. Pizzarelli played this guitar up until the time he donated it to the museum in 2005. 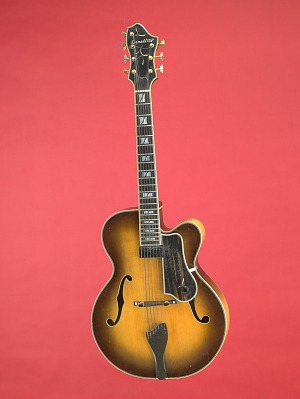 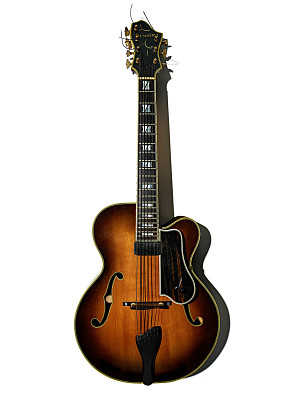 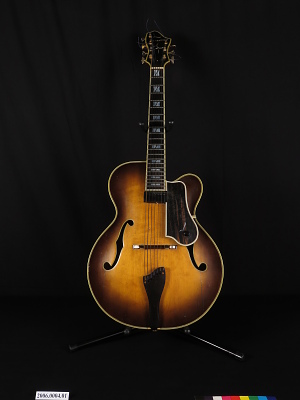 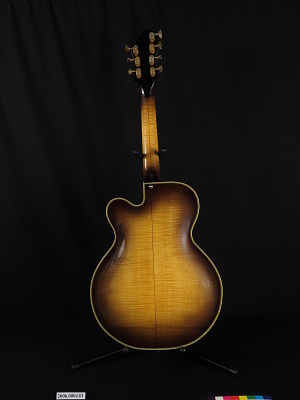