This award was presented to Duke Ellington from the American Guild of Variety Artists in 1972. It is a rectangular wooden base with an engraved metal plate and a gold-tone figure of a man with left arm up and holding a stick. The metal plate is engraved: 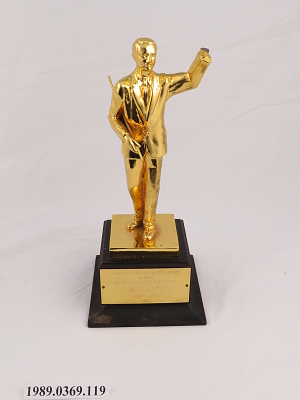 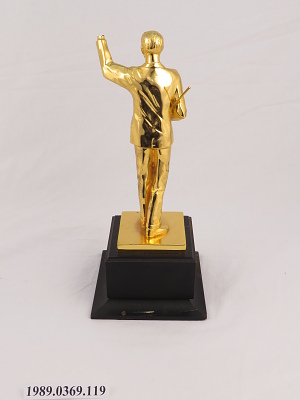 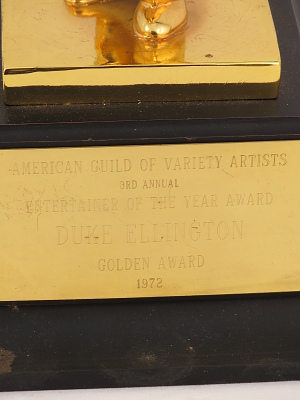