This banjo was made in the United States around 1963.It is a Five-String Fretless Banjo, with a fixed head set into a heavy wooden rim.

Banjos with small diameter fixed heads set into a heavy wooden rims are a traditional kind of home-made banjo. They persisted in rural Appalachia long after inexpensive commercial instruments became easily available in the second half of the 19th century. For those accustomed to elaborately machined and decorated factory-made instruments this homemade instrument has a surprisingly loud and clear tone. It was played by and purchased from the well known traditional musician Frank Proffitt. Although from Proffitt’s shop, the instrument was probably made by his neighbor Clifford Glenn, who like his father Leonard, specialized in making and playing banjos of this construction.

In 1937 ballad and folk song collectors, Frank and Anne Warner, recorded Proffitt singing “Tom Dooley” and other American folk music on the banjo and dulcimer. “Tom Dula” was later included in the publication, Folk Song: USA, by American folklorists and ethnomusicologists John A. Lomax and his son, Alan Lomax. This version of “Tom Dooley” was the inspiration for the popular recording by the Kingston Trio in 1958. 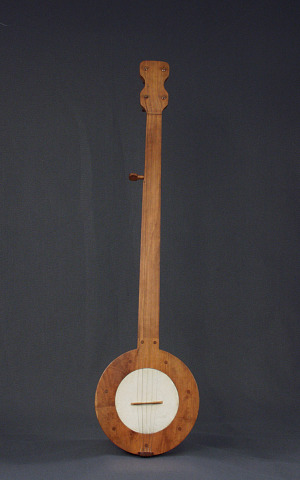 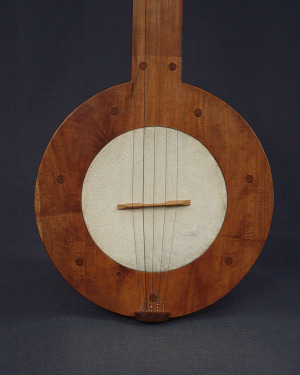 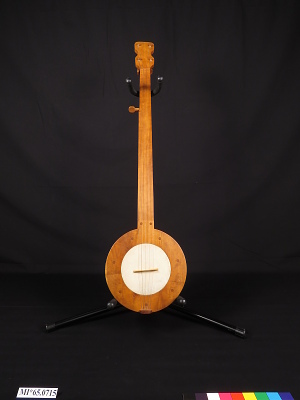 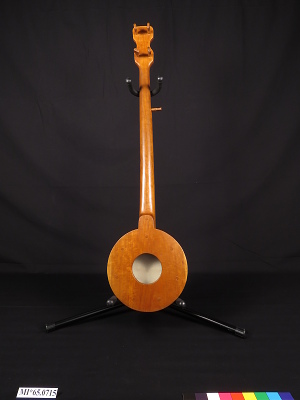