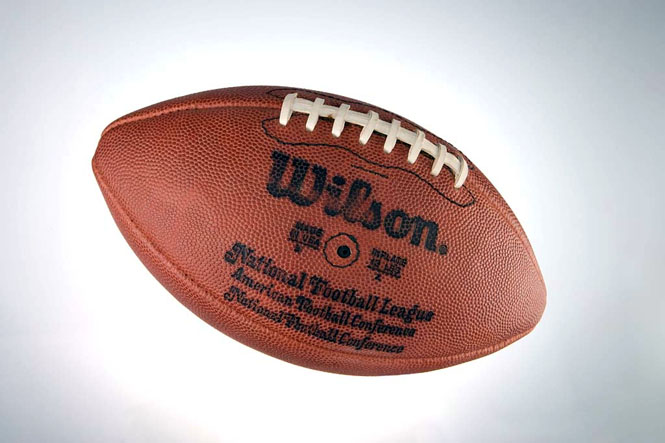 In the early 1940s, the Wilson Sporting Goods Co. introduced the Wilson Duke football. It featured the best leather with “ends that were sewn, lock-stitch seams and triple lining.” It was adopted by the National Football League as its official ball.

The Wilson football has been the official ball of the Super Bowl since Super Bowl II in 1968. The football in this photo was used in Super Bowl XIV at the Rose Bowl in Pasadena, Calif., Jan. 20, 1980, where the Pittsburgh Steelers defeated the Los Angeles Rams 31-19. It was the Steelers’ fourth Super Bowl win and the second straight year Terry Bradshaw took home the Most Valuable Player trophy.