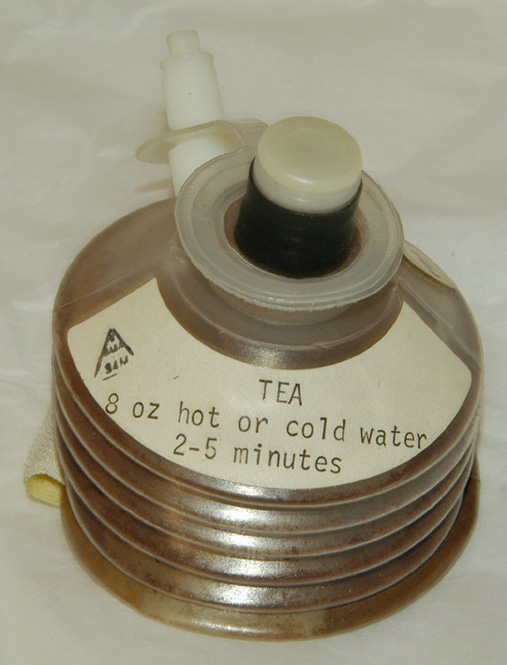 Space Shuttle Columbia lifted off from Kennedy Space Center April 12, 1981, at 7 a.m. EST (12 GMT) to begin the first shuttle mission, STS-1. The primary mission objectives were to accomplish a safe ascent into orbit, check out all the systems on the space shuttle and return to Earth for a safe landing. The first flight of the reusable spacecraft successfully met all of these objectives.

This powdered tea was returned from the first Space Shuttle mission food kit. Astronauts would inject water through the port from a dispenser in the galley, shake the container to dissolve the tea crystals and squeeze the accordion-shaped container to drink the liquid. The container is compact and suited to weightlessness. The tea is typical of Shuttle-era menu choices, but the packaging has changed since the early missions, first to covered cups and then to foil pouches with straws.