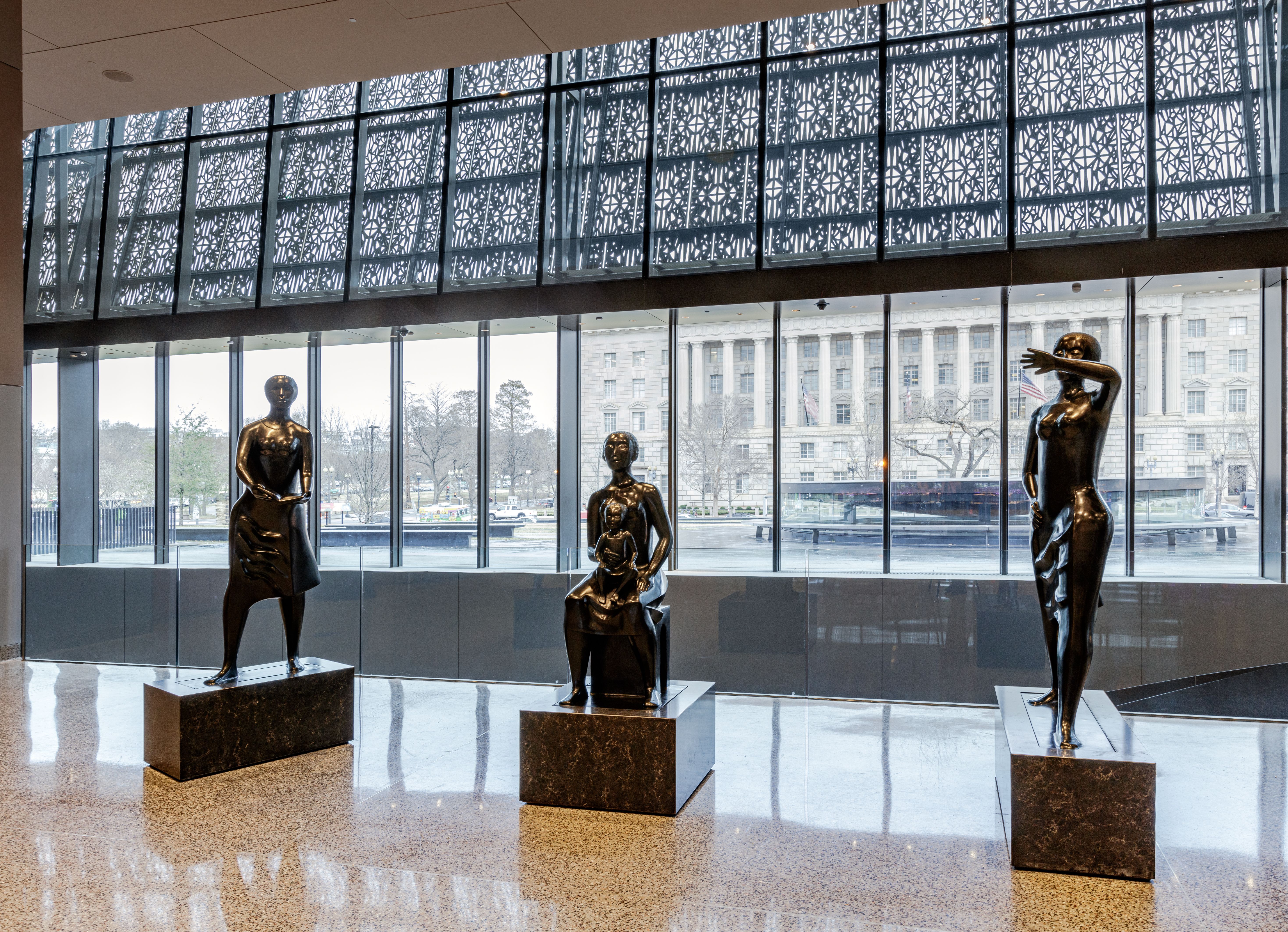 These three sculptures by Elizabeth Catlett are in the Smithsonian’s National Museum of African American History. More than 5 feet tall, “Offering Education,” “Offering Life” and “Rejecting Injustice” greet visitors entering the museum through its Heritage Hall.

Catlett (April 15, 1915–April 2, 2012, b. Washington, D.C.) was a 20th-century African American and Mexican artist whose work crossed the intersections of race and feminism. Shaped by stories her mother and grandmother told her about the hardships Black people faced, Catlett used her art to showcase issues she felt were underrepresented in the mainstream art movement. She believed that art could bolster the public’s awareness of injustice and prompt people to consider how they could detach themselves from oppressive systems.

Created in 2003, the three sculptures “Offering Education,” “Offering Life” and “Rejecting Injustice” were initially commissioned by the CarrAmerica Realty Corp. for Terrell Place in Washington, D.C. The building was formerly a Hecht's department store which, despite being popular with African American shoppers, maintained segregated cafeterias until a picketing campaign spearheaded by the Coordinating Committee for the Enforcement of the D.C. Anti-Discrimination Laws (CCEAD) compelled the store to completely integrate the building in January 1952.

Terrell Place was named for Mary Church Terrell, who was the chairman of the CCEAD during the campaign. In the early 2000s, CarrAmerica Realty Corp. approached Catlett to commission artwork that demonstrated the building’s historical role in the struggle for equality and civil rights. Each of the three bronze sculptures reflects Catlett’s long-standing interest in African American dignity, struggle, motherhood and uplift.

View a photo of Catlett at the Smithsonian’s National Portrait Gallery.