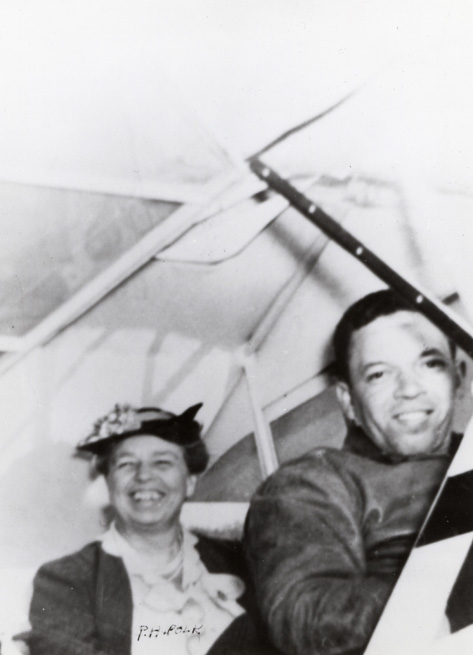 The historic flight of the Wright brothers in 1903 sparked a universal enthusiasm for flying. But as in most areas of life, formidable obstacles and discrimination faced African Americans who had dreams of flying.

In this 1941 photo, First Lady Eleanor Roosevelt flew with pilot C. Alfred “Chief” Anderson, primary flight instructor at the Tuskegee Institute, during a visit to the flying school. Roosevelt’s willingness to fly with an African American pilot had great symbolic value and brought visibility and support to Tuskegee’s pilot-training program.

This photo is one of 137 million artifacts, works of art and specimens in the Smithsonian’s collection. It is on display at the National Air and Space Museum.