Berezovka Woolly Mammoth—Flesh in a Jar 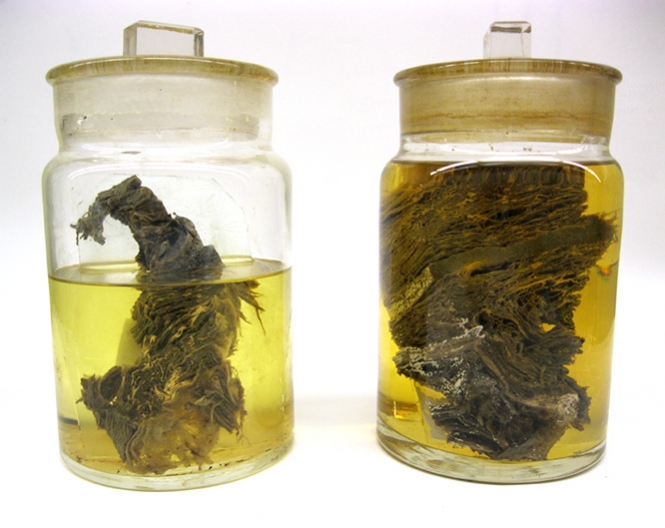 Berezovka Woolly Mammoth—Flesh in a Jar

Roughly the size of a modern elephant, the woolly mammoth (Mammuthus primigenius) roamed the tundra and steppe grasslands of Europe, Africa, Asia and North America. It was thought to have gone extinct around the end of the last ice age 11,000 years ago. But recent studies show that isolated populations survived on St. Paul Island in Alaska and Wrangel Island in Russia until around 4,000 years ago.

In 1901, paleontologist Eugene Pfizenmayer was excavating the remains of a well-preserved mammoth in northeastern Siberia along the banks of the Berezovka River. Preserved muscle tissue taken from the left hind leg of the mammoth (shown above) is now at the Smithsonian. Analysis of the mammoth’s stomach contents revealed the animal’s diet to include a variety of grasses, such as foxtail, crested wheatgrass and barley grass.

This specimen was acquired by the Smithsonian in 1922, and it is one of 137 million artifacts, works of art and specimens in the Smithsonian’s collection. It is not on display.