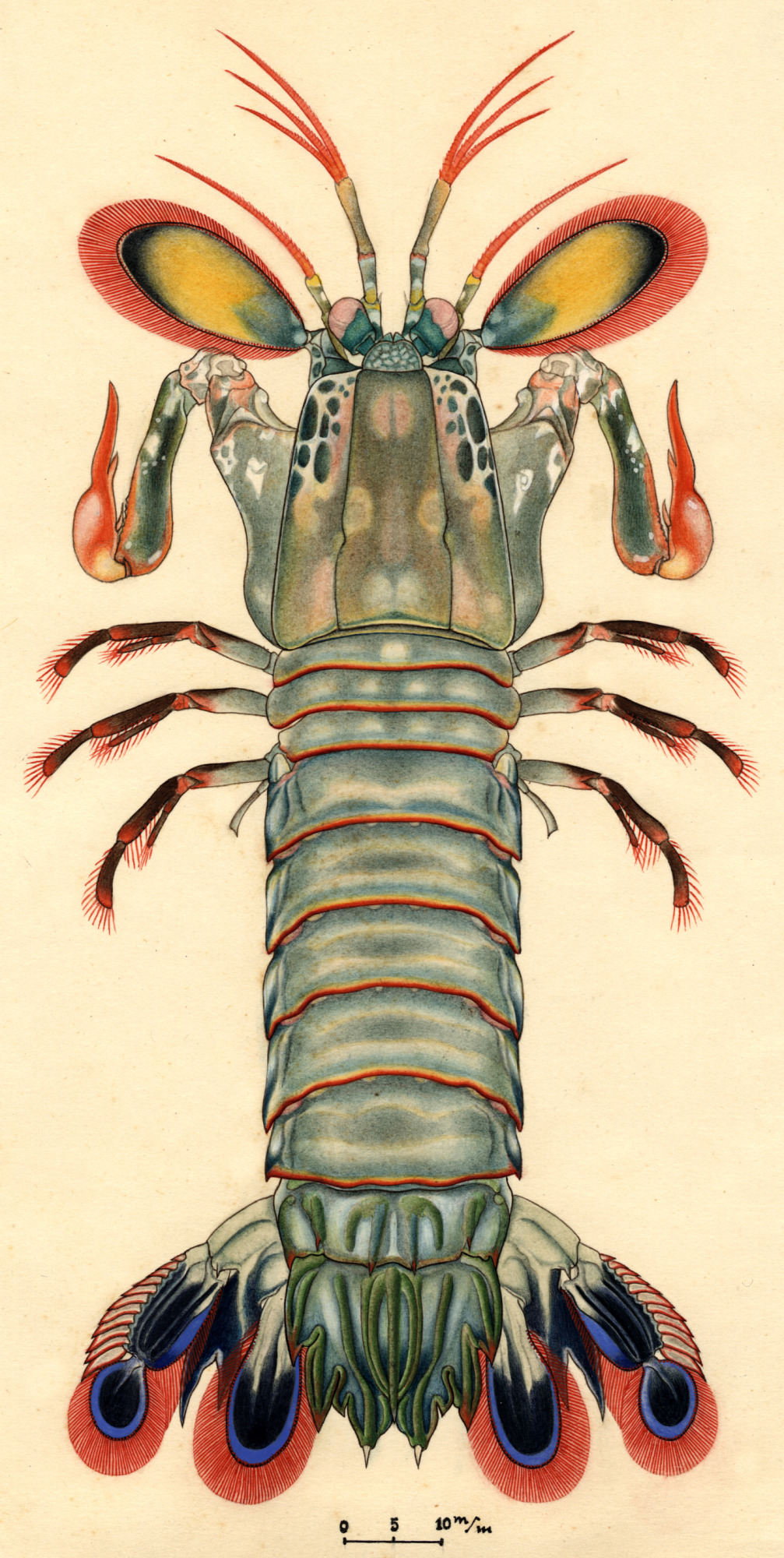 The ocean is home to some of the most incredible creatures on Earth: from the largest animal to have ever lived (the blue whale) to microscopic organisms like single-celled phytoplankton. Still, few are as unique and astounding as the mantis shrimp.

This small crustacean (typically 6–12 inches long) is a fierce predator that lives in shallow tropical waters mainly in the Indian and Pacific oceans. The mantis shrimp has front appendages that act as powerful combat weapons. It kills its prey by crushing it with these raptorial claws that strike with the acceleration of a rifle bullet. The mantis shrimp strikes with such velocity that the water around it boils, creating vapor-filled bubbles in a process called supercavitation. When the bubbles collapse, they create a shock wave that can stun or even kill the prey if the strike misses.

With its powerful strike, the mantis shrimp can easily crack open crabs, snails, oysters and more. It can also crack aquarium glass, which is why it’s rarely found in captivity (plus mantis shrimp tend to eat the other inhabitants in the tank).

As if its predatory prowess wasn’t enough, the mantis shrimp is also endowed with incredible eyesight. Humans have three types of color-receptive cones—green, blue and red—that form the basis of how we perceive all color. The mantis shrimp has 16 types of color-receptive cones. That means the way it processes light and color is beyond anything we can imagine.

Many species of mantis shrimp are very colorful themselves, like the peacock mantis shrimp (Odontodactylus scyllarus) pictured here. This illustration is in the Department of Invertebrate Zoology Collections of the Smithsonian’s National Museum of Natural History.