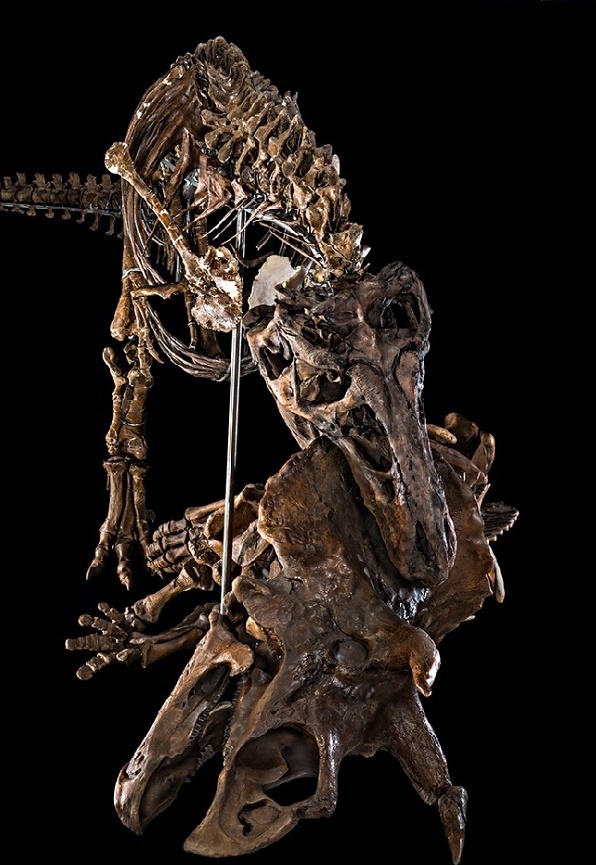 In its time, Tyrannosaurus was the largest meat eater in western North America. It feasted on dinosaurs large and small, including plant eaters like the Triceratops. Few—if any—animals could take down a healthy, adult Tyrannosaurus.

As the apex predator, the “tyrant king” affected the entire community. Each meal Tyrannosaurus killed or scavenged helped keep populations of some species in check and provided leftovers for others.

In its new pose devouring a Triceratops, the Nation’s T. rex is the centerpiece of “The David H. Koch Hall of Fossils—Deep Time,” a 31,000-square-foot dinosaur and fossil hall at the Smithsonian’s National Museum of Natural History.