Young Star Suggests the Sun Was a Feisty Toddler 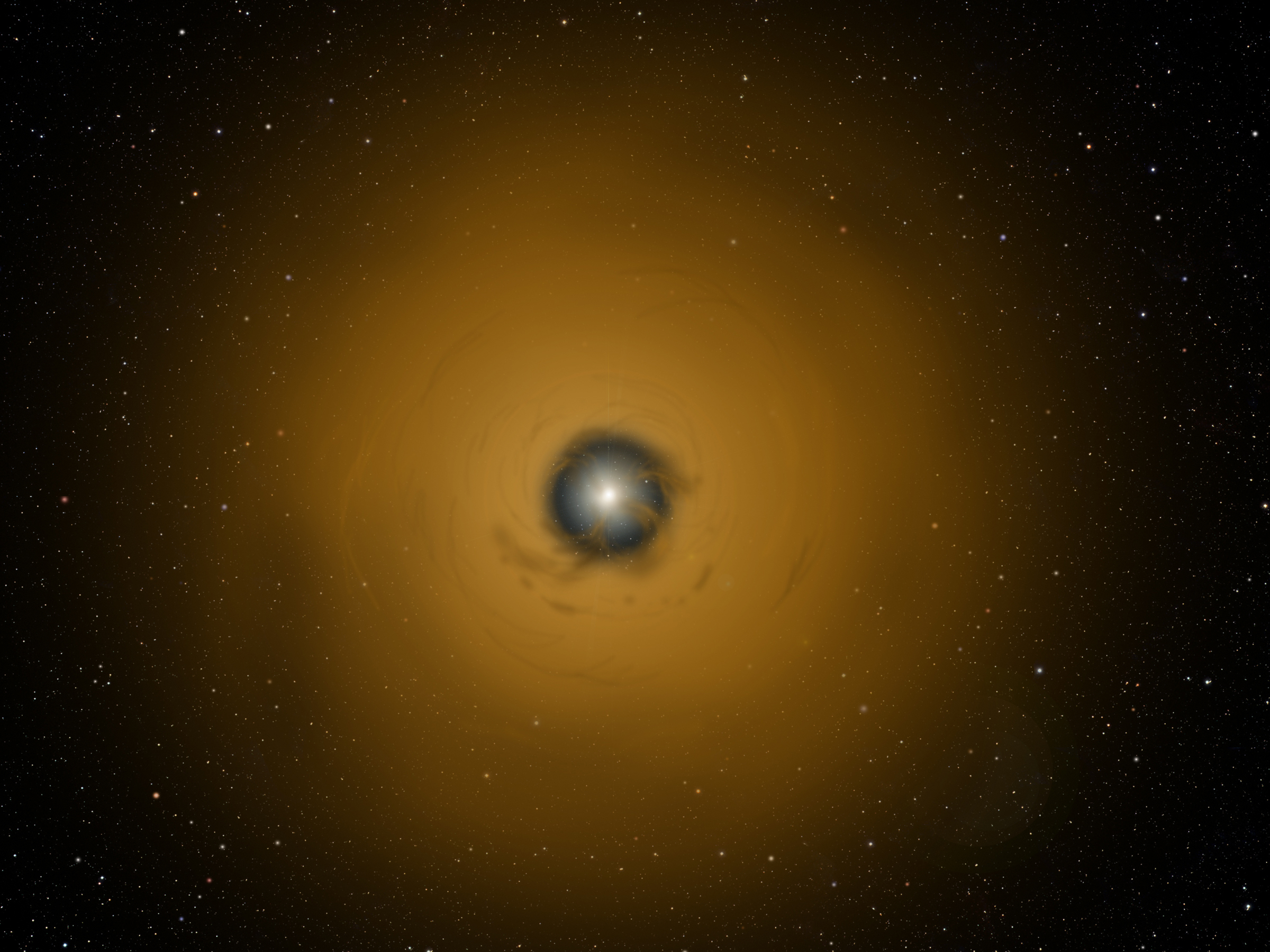 If you had a time machine that could take you anywhere in the past, what time would you choose? Most people would probably pick the era of the dinosaurs in hopes of spotting a T. rex. But many astronomers would choose the period, four and a half billion years ago, that our solar system formed.

In lieu of a working time machine, we learn about the birth of our Sun and its planets by studying young stars in our galaxy. New work suggests that our Sun was both active and “feisty” in its infancy, growing in fits and starts while burping out bursts of X-rays.

“By studying TW Hydrae, we can watch what happened to our Sun when it was a toddler,” said Nancy Brickhouse of the Harvard-Smithsonian Center for Astrophysics (CfA). She presented the findings today in a press conference at a meeting of the American Astronomical Society.

Brickhouse and her colleagues reached this conclusion by studying the young star TW Hydrae, located about 190 light-years from Earth in the southern constellation Hydra the Water Snake. TW Hydrae is an orange, type K star weighing about 80 percent as much as our Sun. It is about 10 million years old, and is still accreting gas from a surrounding disk of material. That same disk might contain newborn planets.

In order to grow, the star “eats” gas from the disk. However, the disk doesn’t extend all the way to the star’s surface, so the star can’t dine from it directly. Instead, infalling gas gets funneled along magnetic field lines to the star’s poles.

Fortunately, we are looking almost directly down on one of the star’s poles. As a result, we can study the accretion process in detail.

“We’re looking right where the action is,” said team member Andrea Dupree of the CfA.

Infalling material smashes into the star, creating a shock wave and heating the accreting gas to temperatures greater than 5 million degrees Fahrenheit. The gas glows with high-energy X-rays. As it continues moving inward, the gas cools and its glow shifts to optical wavelengths of light. To study the process, Brickhouse and her team combined observations from NASA’s Chandra X-ray Observatory with those from ground-based optical telescopes.

“By gathering data in multiple wavelengths we followed the gas all the way down. We traced the whole accretion process for the first time,” explained Brickhouse.

They found that accretion was clumpy and episodic in building a star. At one point the amount of material landing on the star changed by a factor of five over the course of a few days.

“The accretion process changes from night to night. Things are happening all the time,” stated Dupree.

Some of the infalling material is pushed away in a stellar wind much like the solar wind that fills our solar system. Some gets channeled into giant loops and stellar prominences.

Astronomers have known that young stars are much more magnetically active than our middle-aged Sun, but now they can actually probe the interplay between the star’s magnetic fields and the protoplanetary disk.