Why Was a Teenager With Bone Cancer Buried on Witch Hill in Panama? 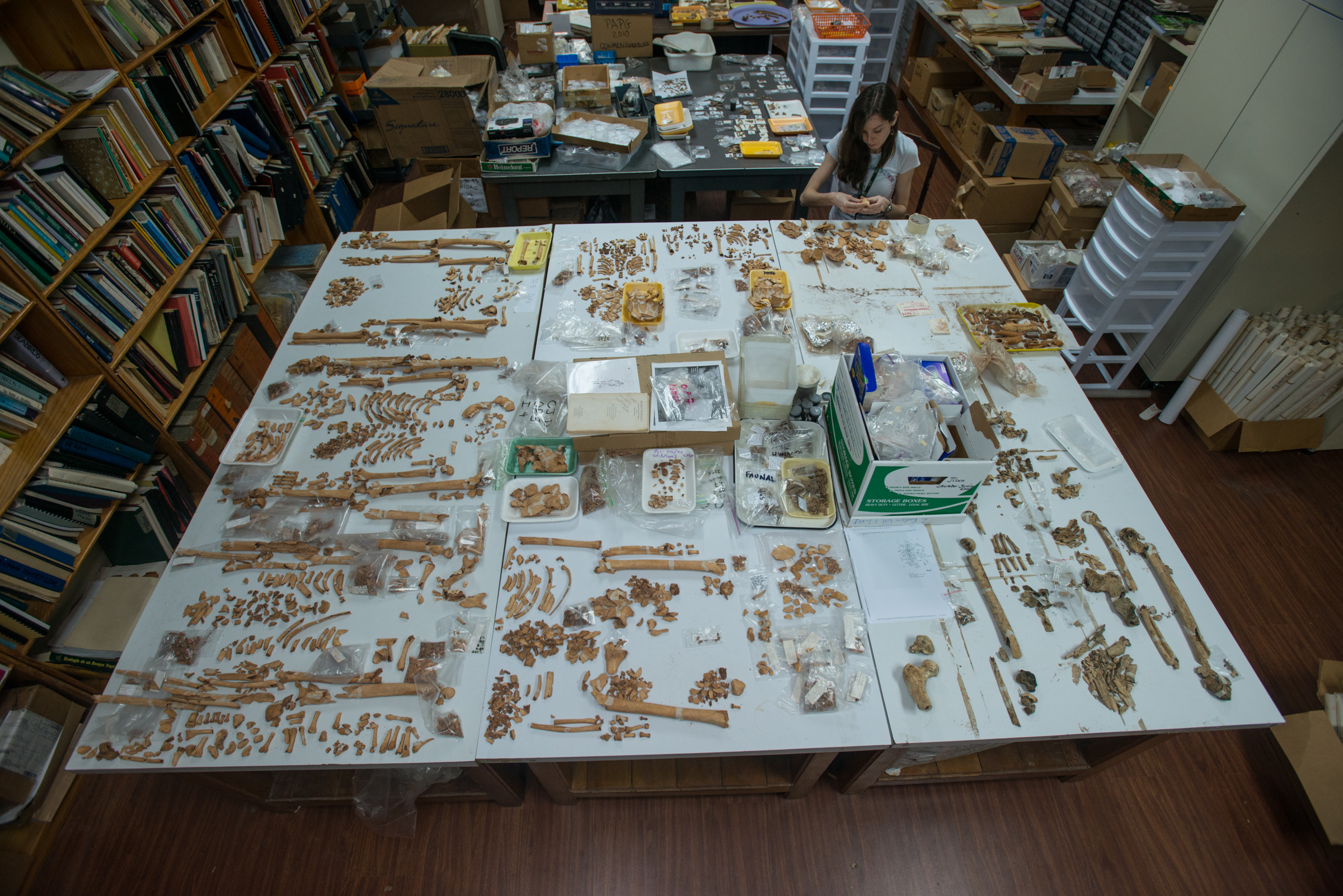 A new report by Smithsonian archaeologists and colleagues in the International Journal of Paleopathology identifies a bone tumor in the upper right arm of an adolescent who was buried in about 1300 A.D. in a trash heap at a site in western Panama called Cerro Brujo or Witch Hill. The reason for what appears to be a ritual burial in this abandoned pre-Colombian settlement is unknown.

“Based on the analysis of a tooth from the individual, we think he or she was buried about 150 years after the settlement was abandoned,” said Nicole Smith-Guzmán, post-doctoral fellow in staff scientist Richard Cooke’s lab at the Smithsonian Tropical Research Institute (STRI) in Panama. “And based on the fact that the body was tightly wrapped in the fetal position and buried face down with two clay pots and a shell trumpet like those still used by indigenous Ngäbe people in this area today, we consider this a ritual burial.”

STRI archaeologist Olga Linares (1936–2014) and Anthony Ranere, professor emeritus at Temple University, discovered the burial in 1970, during a study funded by the U.S. National Science Foundation.

Linares proposed that the first inhabitants of Cerro Brujo were farmers who had fled to the site, about 3 kilometers from the Caribbean coast, from the nearby Chiriquí highlands when Volcán Barú erupted in approximately 600 A.D. Linares and Ranere found evidence that the site was inhabited twice, once from about 600 A.D. and a second time between 780 and 1252 A.D.

The burial in question, in the largest of five ancient trash pits at the site, may have been placed there because it was the site where the individual’s ancestors lived. A large town site nearby, Sitio Drago near Boca del Drago on Isla Colón, excavated by UCLA archaeologist Tom Wake was occupied from roughly 600 A.D. until 1410 A.D.

Smith-Guzmán is a bioarchaeologist who analyzes ancient bones to look for signs of health problems. In looking at the remains from the site 46 years later, she was surprised to find evidence of cancer in the upper right arm of an individual who was probably 14–16 years old.

She took the bones to the Centro Radiológico Metropolitano in Panama City and also to the radiology department at Punta Pacífica Hospital.

“As far as we know, this is the first case of cancer in ancient human remains reported from Central America,” Smith-Guzmán said. “Both osteosarcoma and Ewing sarcoma, the two most likely cancers in this case, are most common in children and adolescents. Most of the published cases of these cancers in the past were from adults—probably due to the poor preservation of non-adult skeletal remains—making this find especially rare.”

Most of the other examples of bone cancers are from places in the world with much more extensive collections of archaeological material. This form of cancer typically leaves a very characteristic “sunburst” pattern in the bone. The bones also show evidence of anemia that may have been a result of the cancer or of another inflammatory or metabolic disease. Three-dimensional models of the humerus, one from a CT scan and the other from photogrammetry, are available in a program called Sketch Fab and in the supplementary material included in the article for use by other archaeologists and health professionals.

Shell trumpets like the one at the site made from an Atlantic triton shell (Charonia variegata) are used in the balsería ritual practiced by Ngäbe peoples in this region of Panama. The Ngäbe believe that a disruption of the balance between the natural and supernatural worlds can lead to sickness when a malevolent spirit enters the body during a dream to steal the soul. Traditionally, when a person was sick, a Ngäbe shaman, called a Sukia, would attempt to heal a patient using herbal remedies such as Hoffmannia longipetiolata, a plant still used in Ngäbe communities as an analgesic.

Smith-Guzmán will use DNA analysis, in collaboration with geneticists at the University of Göttingen, to learn more about the ancestry of the individual and the type of cancer she or he suffered from.