When Does Noise Become a Message? 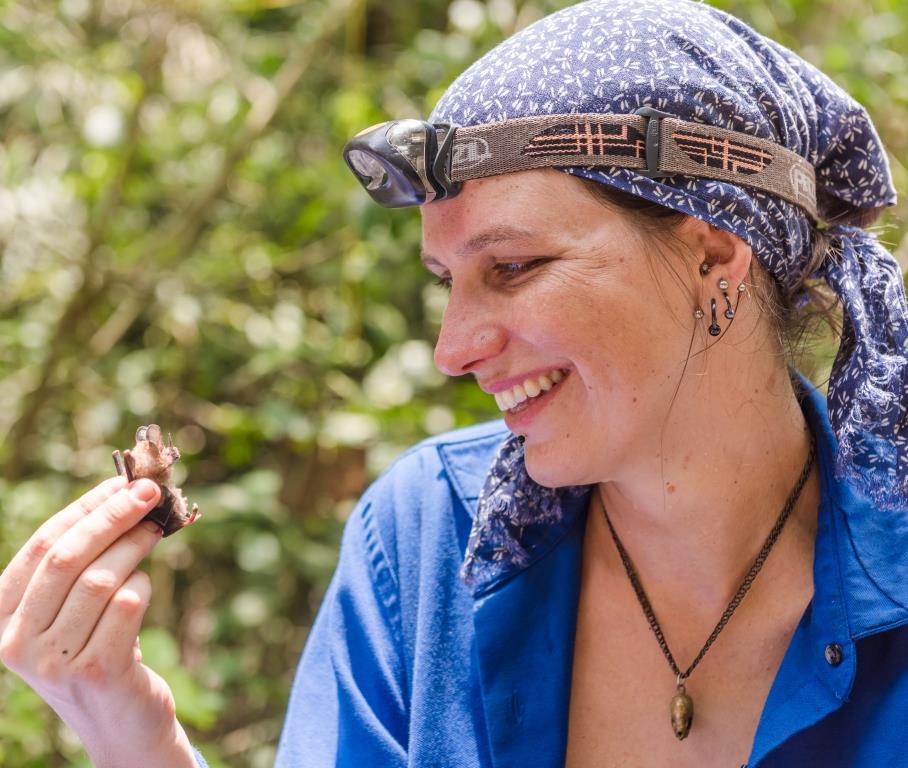 Background noise is generally regarded as a nuisance that can mask important sounds. But noise can be beneficial too. It can convey information about important environmental conditions and allow animals to make informed decisions. When bat researchers recorded and played back rain sounds for two different species of bats, both species chose to delay emergence from their roosts.

“Bats are acoustic specialists,” said Inga Geipel, a Tupper Postdoctoral Fellow at the Smithsonian Tropical Research Institute in Panama. “They are active at night and depend on sound to navigate their environment and to find food. When they hear the sound of rain at sunset, they decide to stay inside their roosts for a while longer.”

Bats have good reasons not to want to go out in the rain, as wet bats spend more energy when flying. Further, rain might also have a strong impact on the bats ability to navigate and find food through sound. Rain noise could mask prey sounds or jam the echolocation system of the hunting bats.

Geipel and colleagues investigated the effect of rain noise on bat decision making. They studied two different species of bats: the common big-eared bat (Micronycteris microtis), which catches insects from leaves and other surfaces in forest understory, and the Pallas’s mastiff bat (Molossus molossus) that hunts insects on the wing as they fly through open spaces.

“We wondered whether bats are staying longer in the safety of their roosts during rain storms and whether noise would inform them about the rainfall outside,” Geipel said.

To test their ideas, Geipel and her team put a speaker near entrances of bat roosts and broadcast recordings of heavy downpours. Simultaneously, they video-recorded the responses of the bats. For comparison, they also played recordings of normal forest sounds. Both species delayed their emergence from their roosts when they heard the sound of rain.

The scientists also observed that the big-eared bats rapidly flew in and out of their roosts on short ‘exploration flights,’ likely meant to gather direct information about environmental conditions.

“Noise is often thought to be a nuisance with negative consequences,” Geipel said. “But through this study we show that noise can actually be used as a salient informational cue. It can provide individuals with important information about their environment and when it’s safe to hunt.”