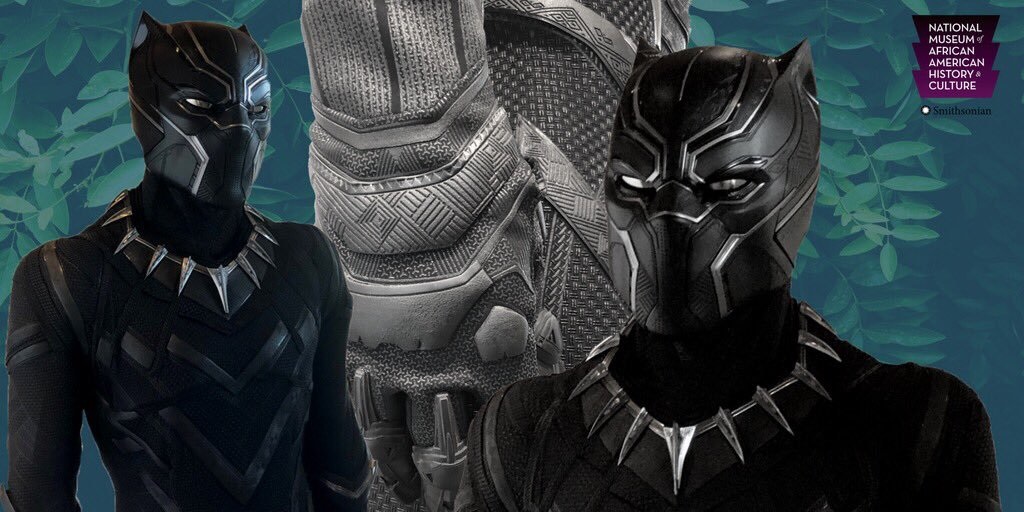 The Black Panther’s hero costume, worn by Chadwick Boseman in Disney’s record-breaking film, will be on display for the first time during the inaugural Smithsonian African American Film Festival. The Smithsonian’s National Museum of African American History and Culture announced today that the costume will be on display during the Film Festival’s “Night at the Museum” celebration Thursday, Oct. 25. For those who can’t attend “Night at the Museum,” a virtual close up of the costume featuring the museum conservation team will be made available online. This special event will also celebrate the Film Festival’s honorees: Madeline Anderson and Charles Burnett.

“Our ‘Night at the Museum’ epitomizes what’s so special about this inaugural Film Festival,” said Rhea Combs, director of the Center for African American Media Arts at the museum. “We will honor two pioneers in African American film, Madeline Anderson and Charles Burnett, by screening their historic works and engaging them in conversation about the power of their films—while highlighting where film is today by showcasing something as powerful as the Black Panther’s hero costume. It will truly be a night and a Film Festival that people won’t want to miss.”

Earlier this year, the museum’s Earl W. & Amanda Stafford Center for African American Media Arts (CAAMA) acquired a number of objects from Black Panther, including the hero’s costume. This will be the first time the costume has been on display at the museum for a one-day only experience. Black Panther is the first superhero of African descent to appear in mainstream American comics, and Disney’s production is the first major film based on the character. The film, like the Film Festival and the museum, provides a fuller story of black culture and identity—one that has often been overlooked, marginalized or one-dimensional.

The “Night at the Museum” program will also showcase films from the CAAMA collection and will induct a number of works of African American cinema into the CAAMA Canon, which recognizes notable films for their contributions to and understanding of African American history and culture through the moving image. During the program, the Film Festival will honor the works of filmmakers Anderson and Burnett.

Charles Burnett is a writer-director whose work has also received extensive honors. Born in Vicksburg, Mississippi, and raised in the Watts neighborhood of Los Angeles, Burnett’s work has been praised for its portrayal of the African American experience. After screening his Killer of Sheep (1978), Charles Burnett will also participate in a post-screening conversation.

More information on the Smithsonian African American Film Festival’s “Night at the Museum” can be found here. The public can purchase passes to the festival and “Night the Museum” at http://aafilmfest.si.edu

The Smithsonian African American Film Festival is generously supported by Toyota, AARP, Netflix, Earl W. and Amanda Stafford and the DC Commission on the Arts and Humanities. Join the online conversation by following #AAFilmFest.

About the Earl W. and Amanda Stafford Center for African American Media Arts.

The Earl W. and Amanda Stafford Center for African American Media Arts (CAAMA) showcases the National Museum of African American History and Culture’s dynamic image collection through changing exhibitions of still and moving images, publications and public programs. The CAAMA resource center and digital archive foster and support scholarship on the role, meaning and influence of images by and about African Americans and other people of African descent.

Since opening Sept. 24, 2016, the National Museum of African American History and Culture has welcomed nearly 4.5 million visitors. Occupying a prominent location next to the Washington Monument on the National Mall in Washington, D.C., the nearly 400,000-square-foot museum is the nation’s largest and most comprehensive cultural destination devoted exclusively to exploring, documenting and showcasing the African American story and its impact on American and world history. For more information about the museum, visit nmaahc.si.edu, follow @NMAAHC on Twitter, Facebook, Instagram and Snapchat—or call Smithsonian information at (202) 633-1000.