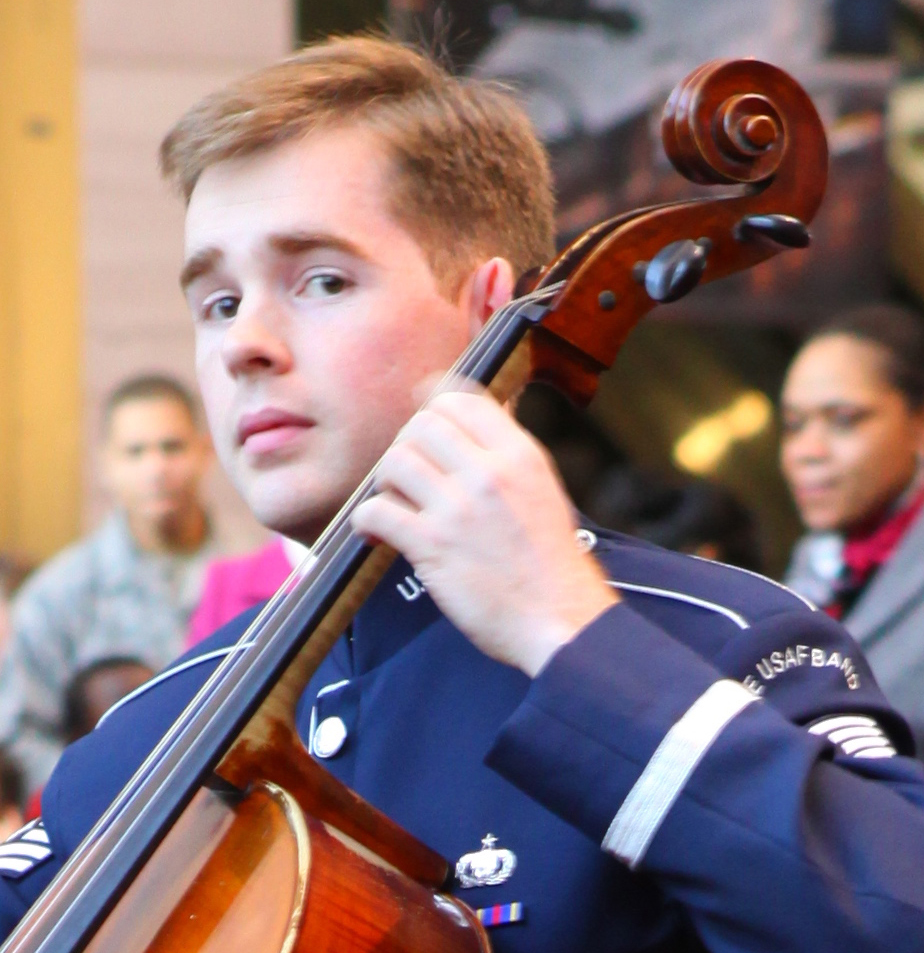 It is not often that visitors to the Smithsonian’s National Air and Space Museum are interrupted by the strains of Johann Sebastian Bach. Starting with a single cellist in the middle of the museum’s “Milestones of Flight” gallery and swelling to 120 musicians, the U.S. Air Force Band exhilarated museum visitors yesterday with the first flash mob to be produced by one of the five military branches’ top bands. The four-minute performance featured an original arrangement of Jesu, Joy of Man’s Desiring/Joy to the World led by the band’s commander Col. Larry H. Lang. Unsuspecting museum visitors were astonished as instrumentalists streamed into the gallery from behind airplanes and space capsules, and vocalists burst into song from the museum’s second-floor balcony.

View the video here. A high-quality version is also available.

This event kicked off the band’s holiday performances—29 concerts in all—at various venues throughout the Washington, D.C., area, including the National Air and Space Museum, the museum’s Steven F. Udvar-Hazy Center, the Smithsonian’s National Museum of American History, local high schools and more. For a complete listing, visit www.usafband.af.mil. Groups from the Air Force Band will perform at the National Air and Space Museum and the National Museum of American History during the Smithsonian’s Holiday Festival, Dec. 7–8.

The National Air and Space Museum building on the National Mall in Washington, D.C., is located at Sixth Street and Independence Avenue S.W. The museum’s Steven F. Udvar-Hazy Center is located in Chantilly, Va., near Washington Dulles International Airport. Attendance at both buildings combined was 8 million in 2012, making it the most-visited museum in America. Both buildings are open from 10 a.m. until 5:30 p.m. every day (closed Dec. 25).